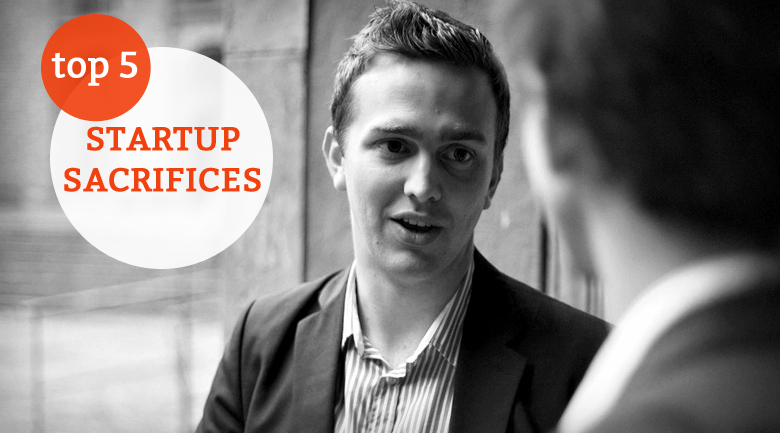 Startups: not all fun and games

Startups, be they tech, retail, or service, dream of making it big time. Popped collars and fast cars motivate some, while financial independence motivate others, but in order to reach that point, all young brands have some major obstacles to overcome in getting to market, much less becoming a household name.

Devanshi (Nikki) Garg is the Chief Operating Officer of Icreon Tech, a global IT consultancy delivering business solutions and custom applications since 2000. Garg has years of experience in the startup world and tells AGBeat that there are five major sacrifices any startup will have to make if it wants to grow. In Garg’s words, below are the top sacrifices:

1. You have to give up complete control

Diving into a startup requires you to embrace chaos. Whether you’re the founder or one of the first hires, expectations about what aspects of your job you control should immediately go out the window. Invariably, most startups have too many things to do with too few people to complete them. This means you’ll need to exit your comfort zone, lest you quickly fall to the wayside. Facebook’s Mark Zuckerberg is often quoted, “Move fast and break things. Unless you are breaking stuff, you are not moving fast enough.” Members of startups need to be able to sacrifice their desire to have complete control over their day-to-day responsibilities and embrace the collective needs of the company.

Read also: 7 things to know about the Bottom Up Economy

2. Sacrificing your ego, and sometimes, your idea

All startups start out as ideas. However, for a startup to truly grow, members must be willing to sacrifice them and do so mercilessly. In a growingly entrepreneurial marketplace, the only certainty is competition, and ultimately, a bevy of competitors and pressures may require you to sacrifice the foundational idea your startup is built upon. Whether your ideas have been rejected by consumers or have been better executed by competitors, successful startups need to be able to pivot rapidly to avoid being rendered obsoletely. Just ask Bill Nguyen how important being able to pivot an idea is.

3. You’ll sacrifice your down time

For startups, it’s often a zero-sum game where the next day’s existence is not guaranteed. This means that your downtime is crucial to your startup’s success. Elon Musk recently stated during a Google Hangout with Richard Branson that, “you should be ready to work 100 hours a week”. If that sounds like too much of a sacrifice, you may not be cut out to achieve global success and notoriety. Establish the internal mindset that each and every hour is crucial, to not only your startups’ prosperity, but more importantly its survival.

There are countless tales of entrepreneurs placing their entire life savings into their dream. While for some it pays off, for many it is the most stressful decision they can make. Pouring your heart and soul into a startup may not always be enough. Which is why many of today’s successful founders and CEOs have had to personally fund their projects. To help revive his near-failed dotcom era startup, Cvent CEO Reggie Aggarwal personally signed the lease for his company’s office building due to credit issues. This decision could have personally bankrupted Mr. Aggarwal, but instead he helped grow the company to 1,000 plus employees as of 2013. Although the light at the end of the tunnel may sparkle with monetary success, the journey to get there will have much less glitz and glam.

5. You’ll have to give up full ownership of your dream

Sweat, blood, and tears go into every startup. Taking your company to the next level often requires the involvement of outside venture funding and support. Identifying parties that believe in your startup is a crucial step forward. While the tradeoff involves having more stakeholders in your project and less personal ownership for yourself, this sacrifice is often one of the best ways to leverage a set of resources, (capital, technologies, or humans), that are extremely difficult to come by organically. Ultimately, it’s one of the biggest sacrifices to make for the sake of going from niche to mainstream and publicly recognizable.

Are you ready to sacrifice?

Tech blogs and news outlets glamorize the life of a startup, reporting on awesome offices and work perks, but the grunt work of being a founder of any company is often swept under the rug. Garg points out some of the top sacrifices any startup will have to make if it wants to scale, if it wants to grow. As an entrepreneur, are you ready to make the sacrifices necessary?