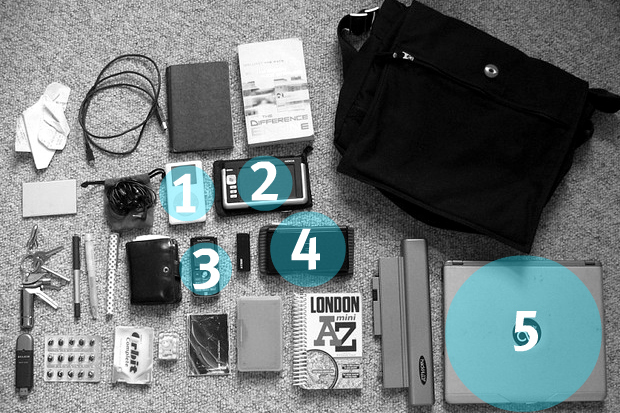 A shift in Americans’ use of gadgets

According to the JiWire.com Mobile Audience Insights Report for the second quarter of 2011, a substantial shift has occurred in what gadgets Americans own, learning that in the quarter, most Americans own a laptop, more than half own a smartphone and one in three own a tablet device. What is most interesting about these three devices is that there is clearly overlap between which devices are owned by Americans.

Although the Pew Internet and American Life Project says 35 percent of adults in America own smartphones, JiWire notes the difference is in the fact that most respondents in their study are considered “on-the-go consumers,” 58 percent of which own smartphones.

It is noted that the diversification in device ownership gives consumers more ways to connect, and it is likely that most now take their devices (smartphones, tablets, etc.) with them wherever they go, extending their reach.

Most interestingly, JiWire reports that in the second quarter of this year, consumers own between two to three devices and average 2.4 devices per person, with laptops and smartphones being most commonly used as seen below: 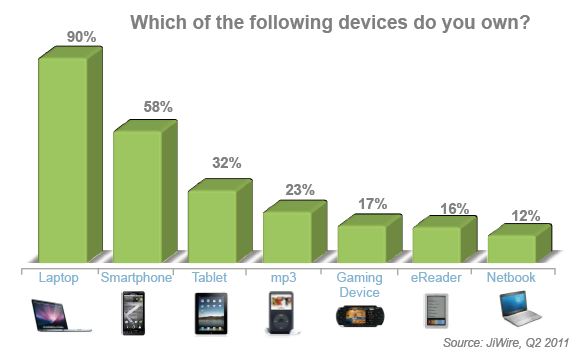 Business professionals are looking to reach consumers in new and innovative ways, but having a website that is mobile ready not just for smartphones but for tablets will be more critical in coming years, as we anticipate the number of devices owned by Americans to increase as the tablet market explodes. Preparedness and basic understanding will give business owners and professionals a competitive advantage.

In this article:gadgets, News, Technology