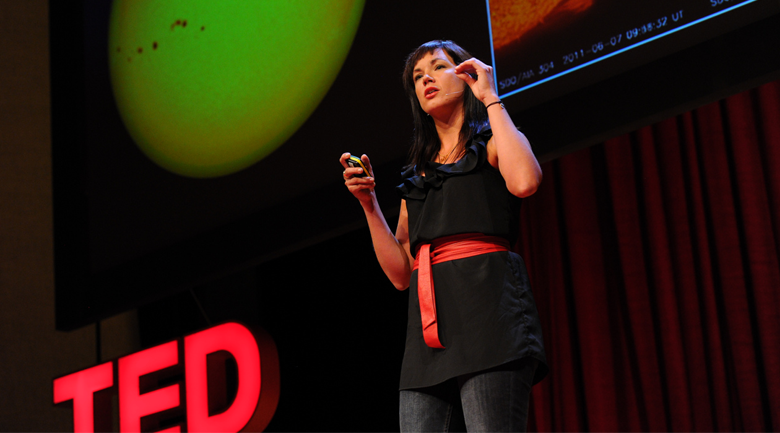 TED stands for Technology, Entertainment and Design, and TED Talks is an international speaker series with the goal of disseminating “ideas worth sharing.” Anyone who has watched TED Talks likely has a favorite, or has shared it with friends and family, as most of the speakers are high caliber, speaking on modern topics that impact our daily lives. The topics range from neurological happenings to how to find inspiration in shared spaces.

The speakers vary in where they are from, what their backgrounds are, and what they do for a living, but they all have one thing in common – passion. Below are five TED talks worth sharing; some have been around for several years, some are brand new, and while not all will apply to you, at least one is likely to change your thinking about your world.

Tip: click the rectangle in the top right of each video to watch in full screen.

Simon Sinek implores you to ask WHY

Our team has watched many, many TED Talks, and we all find ourselves coming back to this one, recommending this one, and quoting this one. This very talk has affirmed how we do business and helped lift us up when we feel the frustration of a destroyed economy. This is by far our favorite TED Talk of all time.

Not only is Anchor an amazing storyteller, he’s funny, and after this video, we all wanted to hear more from him (and some of us went out and found more videos featuring his anecdotes). Many people (cynics like us included) hear the phrase “positive thinking” and roll their eyes, but Anchor makes a new case for it and introduces evidence as to how our culture discourages positive thinking and holds us down.

After 500 interviews over many years, St. John has boiled down success to eight key factors, including advice from heavy hitters like Rupert Murdoch. What first struck us is that the study was done exclusively with TED Talk attendees, meaning people who could afford thousands of dollars to buy a ticket, but then it struck us that professionals that can drop coin like that are likely successful, so perhaps their advice is worth more than if you stopped 500 random people on the street. But maybe not, you decide:

Candy Chang’s insight into the power of shared spaces

We have long been fans of Candy Chang and have featured many of her works here on AG. We won’t spoil them for you in case you aren’t familiar with them, but what we were most moved by in the video is not just her story, her creativity, and how far her simple messages have spread, but how moved she is in telling her tale. She is in tears for most of the TED Talk, which in some circles would be grounds for criticism, but we praise her for being so raw and honest, which is the vary nature of her works.

Rob Legato shows you how to create awe

In the following video, Legato does so much more than shed light on Hollywood magic, he addresses how he created awe with his audience, not based on what they see with their eyes, but on what they feel with their hearts. Watch this with an open mind, and consider how you can tap into your consumer’s emotions rather than simply serve up the same old, same old, based on the way it has always been done (or what is seen as reality/tradition/what have you).