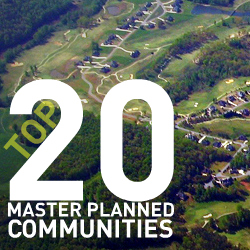 What top master planned communities have in common

Texas is hot right now for master planned communities, according to MetroStudyReport.com which named the Top 20 Master Planned Communities for the quarter, nine of which are in Texas, although The Villages in Florida took the top spot.

As one of the geographically largest cities in the world, Houston claimed seven spots in the Top 20. The top communities are mostly developed by well known brands, are near major employers, offer open space and a variety of price points and usually offer “themed lifestyles.”

Housing starts are up for the top communities