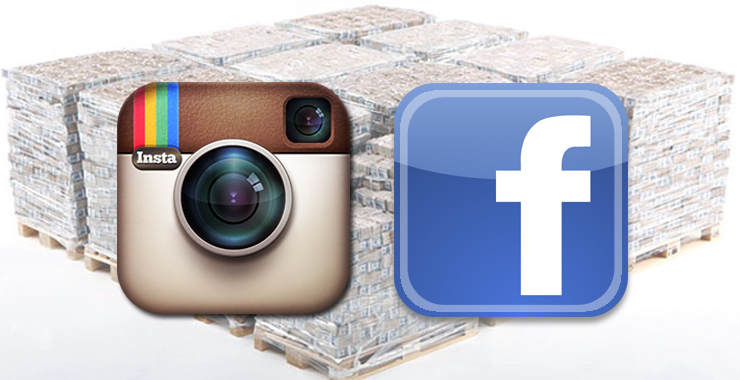 According to Instagram, the photo application company has been acquired by Facebook for $1 billion in stock and cash. The company has already raised $47 million in funding through high profile firms like Benchmark Capital and Andreessen Horowitz.

Founder Kevin Systrom said in a statement1 that the app will remain in its current state with users still following the same users and having access to the same free features, and there will be more added as the Instagram team joins Facebook. Systrom notes that the company will be “working with Facebook to evolve Instagram and build the network. We’ll continue to add new features to the product and find new ways to create a better mobile photos experience.”

Systrom said, “When Mike and I started Instagram nearly two years ago, we set out to change and improve the way the world communicates and shares. We’ve had an amazing time watching Instagram grow into a vibrant community of people from all around the globe.”

On his personal timeline, Facebook founder, Mark Zuckerberg said, “For years, we’ve focused on building the best experience for sharing photos with your friends and family. Now, we’ll be able to work even more closely with the Instagram team to also offer the best experiences for sharing beautiful mobile photos with people based on your interests.”

Zuckerberg adds, “This is an important milestone for Facebook because it’s the first time we’ve ever acquired a product and company with so many users. We don’t plan on doing many more of these, if any at all. But providing the best photo sharing experience is one reason why so many people love Facebook and we knew it would be worth bringing these two companies together.”

In March, Instagram’s user count surpassed that of Foursquare2 and had already added Facebook features in early January3. Instagram founders were named in the 2011 Genius 50 Power Moves list for their aggressive expansion, funding accomplishments and their app going mainstream.

Instagram was recently launched for Android devices after a long wait, but took heat4 for collecting emails for users to be “first in line” in exchange for their email, yet there was no line, and users found out long after the press – the company was obviously sidetracked with their acquisition, but we are left to wonder what they/Facebook will do with the still unexplained shady email address collection snafu.