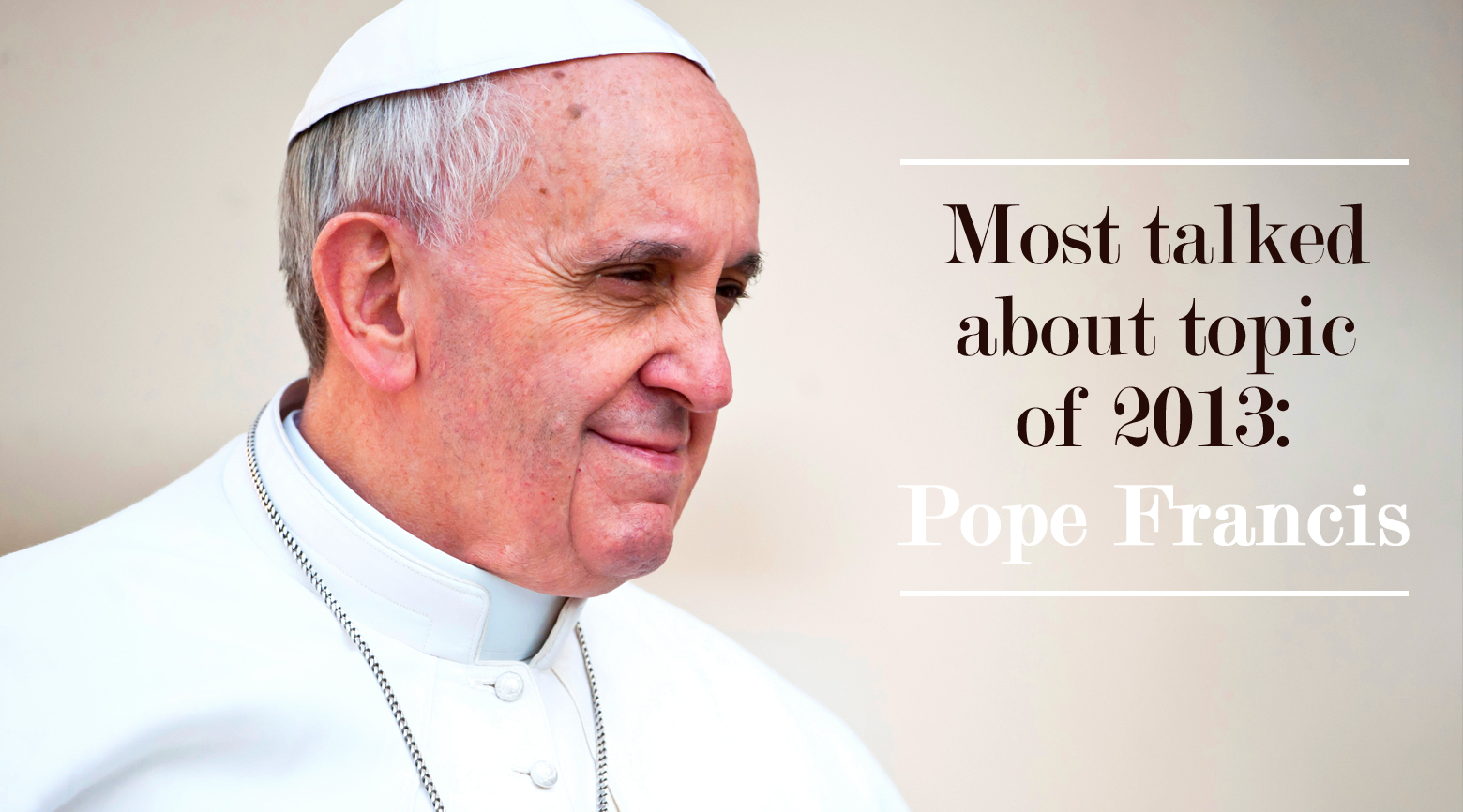 According to Facebook, Pope Francis topped the list as the most popular topic of conversation in the world this year. The social network has released their annual review, revealing the most popular check-ins, events, and people for the year. In America, not surprisingly, the Superbowl was the most talked about event, above the Boston marathon and even the government shutdown.

Facebook dissected popular topics by nation, and America was obsessed with Miley Cyrus, Football, the Harlem Shake, and Kim Kardashian. The most popular place to check in on Facebook in America was Disneyland, followed by Times Square, alongside a bevy of other tourist locations. In the U.S., Japan, Hong Kong, and France, each country’s respective Disneyland topped the list for check-ins across the globe.

Giraffes were apparently a big deal?

As for the most popular memes, “giraffes” was the most popular (for whatever reason), people loved the movie The Conjuring, and the television show, Scandal. Yes, we’re still stuck on “giraffes,” too. Not Doge? Not Bad Luck Brian? No Caddyshack? No Philosoraptor?

According to Facebook’s methodology, “We measured how many Facebook posts in 2013 mentioned a specific topic and then ranked those topics based on the overall number of mentions to create each list. Mentions include both the term itself and related hashtags.”

Your own year in review

Facebook lets you see your own “Year in Review” to see what places, events, and people were most important to your year, giving you an idea of what went down in your own life, according to your Facebook use. It outlines the 20 posts you created during the year that got the most likes and comments, and shows your major milestones (marriage, babies, etc.).

In this article:facebook, facebook year in review, Social Media