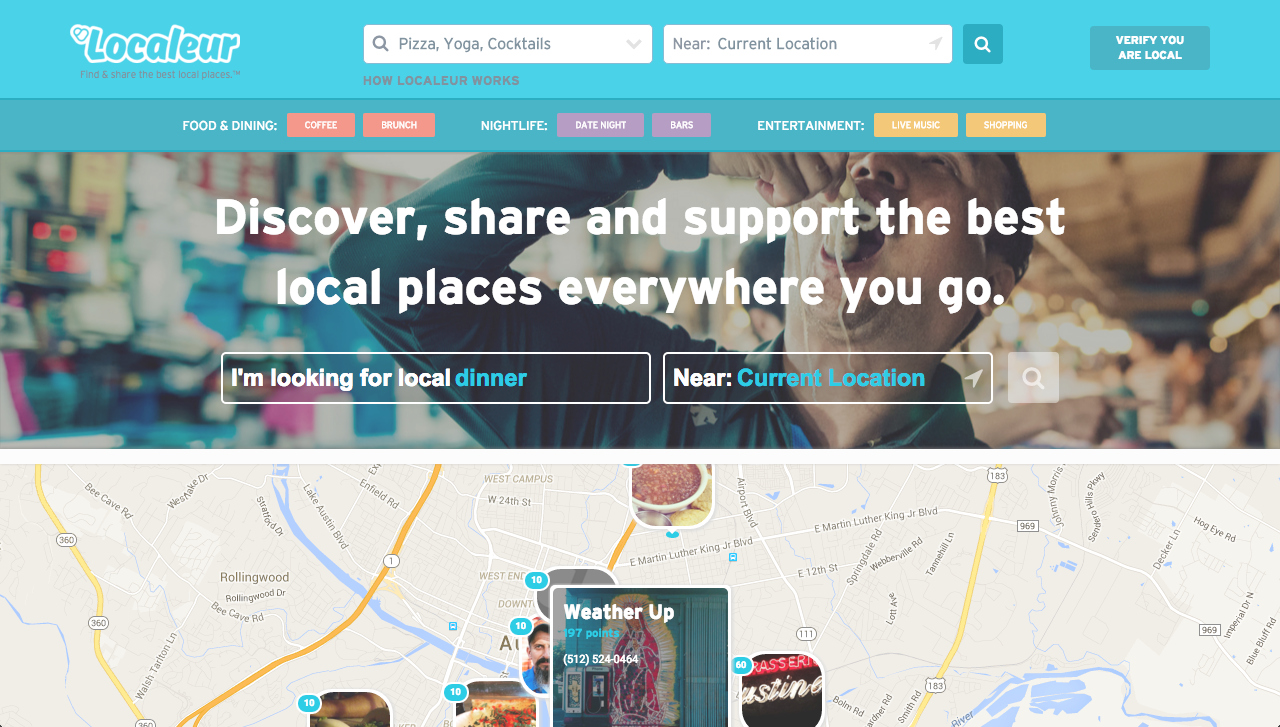 I think it’s a no-brainer that if you want to find the best places to eat, drink and socialize you should be tapping into a city’s best resource: the people who live there! That’s the whole idea behind Localeur and while it is not the most original scenario around (there are other platforms that offer similar service), Localeur seems to be gelling where others are not.

According to Austin Inno, Localeur just recently hit 1 million users and this startup is on the brink of getting their first round of institutional financing to help international expansion. I think anyone who’s looking for new things in Austin (where Localeur originates) can’t help but benefit. Add to that the increased US penetration and international potential of this platform and we might have a winner.

Localeur was started because CEO and co-founder Joah Spearmen had personal experiences of going to new cities where he wanted to avoid tourist traps and go where the locals go instead. He and buddy Chase White later realized that this would also be something that could used in their home city of Austin by sharing their own recommendations or looking at suggestions from other locals – on new places to eat or drink, especially. Well quicker than you can say “Follow the yellow brick road,” Localeaur was born!

Localeur’s goal is to “help you experience local wherever you go.” To that end, Localeur depends on locals to visit the “hundreds of cities, provinces, states, countries, and continents just waiting to be experienced – not as tourists checking things off a list like every other sightseer, but as locals doing what the people who live in that city do.”

That’s all well and good and especially ADMIRABLE, because at this point all the content seems to be submitted for free out of the benevolence of the folks accessing the site. In other words, I was reading through the FAQ and I don’t see where Localeur.com is paying for content or offering coupons for ice cream or whatever. I also note that the possibility exists at some point in the future where Localeur might transition into a pay-to-become-a-member site which again makes a bit sense seeing as how there are enough “founding members” to field a football team and I imagine each of these individuals needs to pay the rent.

At the end of the day, Localeur provides great information for adventures that might not go farther than your front door or for longer sojourns on the road less travelled. Where the Localeur teams gets its content and how they can sustain the same will make the difference between success or failure.
I’m voting the former rather than the latter!
An app is available for free download on both the App Store and Google Play