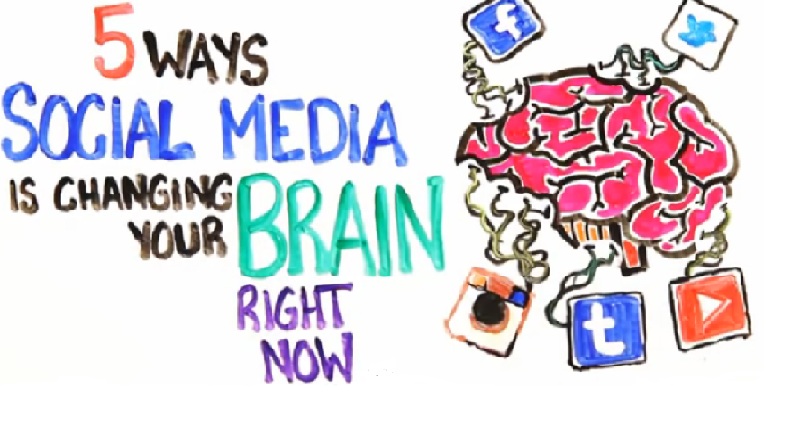 Social media impacts on your body and brain

Are you addicted to social media? You may think you can quit it any time you want, but your body and brain may have very different opinions about the matter. Most of us enjoy checking in with friends and family, but as with anything else, overdoing it can be costly. Staying deeply connected to your social networks can come with some serious side effects.

ASAP Science took a look at how non-stop social networking can actually change your brain. Social media sites are used by one third of the entire world. An astonishing 5-10% of people are unable to curb their online usage due to a psychological addiction. They compare this addiction a substance addiction because when brain scans were conducted on social-networking addicting individuals; they show a similar impairment as those who are addicted to drugs or alcohol.

Read also: How we can all get over our glorified addiction to being busy

There is a degradation of the white matter that controls emotional processing and decision making, largely due to the fact that social media provides an immediate reward. When you post something and someone “likes” it, you get the immediate reward of feeling like people approve; you brain then begins to crave these rewards, just like a drug.

They also looked at how multitasking effects the brain

You would think people who multitask regularly would be good at it, but this is not necessarily true. Focusing your attention on a variety of tasks, devices, and websites, can actually decrease your brain’s ability to filter out interference. It also inhibits your ability to commit things to memory.

Consider what happens when you phone vibrates; you feel the vibration and nine times out of ten, you pull your phone out to see who called or sent you a text, thus distracting you from what you were doing. This can even rewire your brain to think your phone is going off when it actually is not, leading to a relatively new disorder: Phantom Vibration Syndrome. Your brain perceives an itch, or nerve misfire, as your phone vibrating and processes it as such. Not only are you distraction, but now your brain is confused as well.

Of course there is nothing wrong with using social media to stay in touch with family, friends, and business associates, but as with everything else in life, moderation is the key. Moderation can not only help keep you on task, but it can also help curb the nasty side effects from over stimulating our brains with social media, mobile devices, and screen time. Bottom line: take a break from social media occasionally; your brain will thank you.

In this article:brain, networking, Social Media