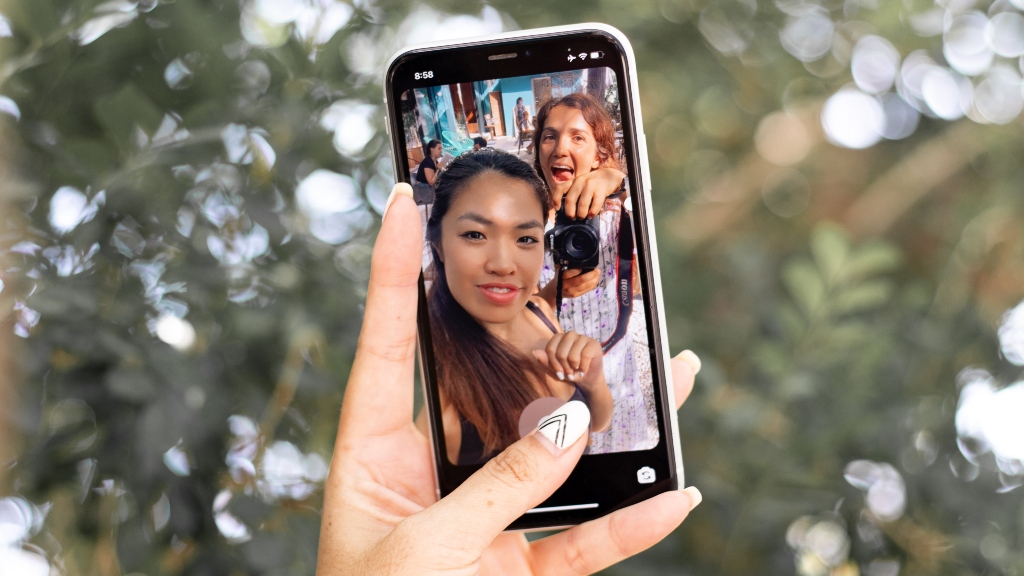 Over the last month, both TikTok and Instagram have announced new features to directly compete with upcoming social media rival, BeReal.

For those unaware, BeReal is an app created by French programmer and former GoPro employee, Alexis Barreyat, intended to encourage users to “show your friends who you really are, for once.”

At a different time every day, BeReal gives users 2 minutes to snap a photo using both the front and rear cameras of their phones. The resulting photos are then shared on a ‘Friends Only’ feed by default or, if the user chooses, a public feed where they can also see the BeReals of other users from around the world.

For those who use it, BeReal seems to be putting the “social” back in “social media.” On its iOS app store listing, the company itself writes, “BeReal won’t make you famous. If you want to become an influencer you can stay on TikTok and Instagram.”

Now, we’re about to see what happens when influencers get to stay on their monetized platforms and “be real,” too.

Last week, TikTok revealed TikTok Now, a content creation tool that sends users a daily notification to capture what is happening in their day within a 2-minute window. The resulting photos or 10-second videos include shots from both the front and rear cameras on the user’s phone simultaneously.

Can you guess what these challenges are like? If you said “Users are given a daily time-sensitive prompt to take a photo using both the front and rear cameras on their phones,” you are 100% correct.

In the US, TikTok Now is accessible within the regular TikTok app, and TikTok Now content will be shared with Friends Only by default, though users over 18 can opt to have their content shared publicly in the Explore feed alongside regular TikTok content. For non-US users, TikTok Now will be a separate app.

While Instagram Candid Challenges are still in development, Paluzzi’s tweet offered screenshots showcasing some key features, including a blue ring around a user’s profile picture indicating that they’ve posted a Candid, much like the current colorful rings indicating whether a user has posted a public Story, Close Friends-only content, or is broadcasting Live.

Also, and perhaps more interestingly, in order to view Candid Challenge content, a user must first post a Candid of their own, indicating a sense of reciprocity – one must offer the unfiltered reality of their own life before catching a glimpse of another’s.

Looking at the stats, it’s no surprise that BeReal is, itself, a hot influencer in the social media content creation game right now. Since its launch in January 2020, BeReal’s popularity has skyrocketed. According to data from Apptopia, an analytics firm that specializes in mobile app trends, BeReal was the most-downloaded non-gaming app in the world in August of this year. The app’s growth patterns directly mimic that of fellow digital content and community creation apps, Snapchat in 2011 and Clubhouse in 2020.

Will the thirst for candid shots of cooking last beyond the current zeitgeist like Snapchat’s iconic rainbow vomit? Or will BeReal befall the same fate as Clubhouse’s comet, shining through the sea of influencer stars before fading into the darkness of the app abyss?

BeReal’s investors are certainly asking that question, and it’s leading the company to consider offering subscription-based paid features in 2023. To maintain its commitment to unfiltered authenticity, BeReal has so far rejected in-app advertising or creator monetization. But with two of Big Tech’s behemoths breaching BeReal’s business model, Barreyat’s next move will be a crucial one.