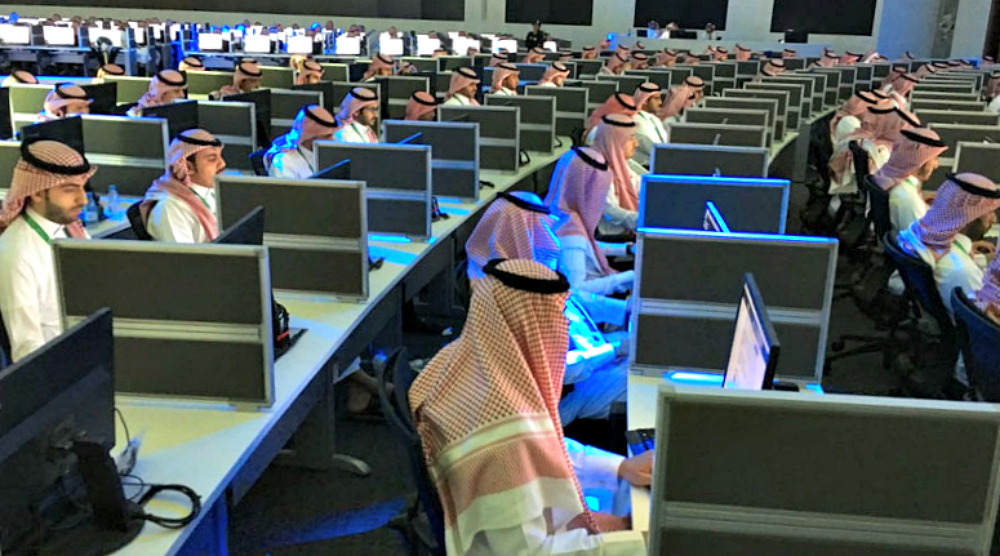 On Sunday, to cap off of his first presidential overseas trip, President Trump helped to inaugurate the Center for Combating Extremism in Riyadh, Saudi Arabia.

President Trump took a guided tour of the anti-terrorism complex following his high profile speech to many Arab leaders on the importance of collaboration in the face of extremist terrorism. To this end, the United States and Saudi Arabia signed a joint declaration calling for the formation of a commission devoting to coordinating both country’s anti-extremism efforts, which will focus on cutting off extremist financing sources, countering dangerous messaging, and employing military force.

Secretary-General of the Muslim World League Mohammed al-Issa emphasizes that military force alone will not solve the problem, because “we know these groups can only be defeated if we defeat their ideology.”

So what exactly is the Center for Combating Extremism going to do? Other than, you know, generally combating extremism? Well the big idea is this: terrorism is the world’s first common enemy. We’re all up against this enemy, so if we’re smart we’ll work against it together.

The Center was founded by a few different countries to monitor and analyze extreme ideologies, and hopefully prevent extremist terrorism by working with governments and other organizations.

The Center operate through three basic strategies. Confront extremism using cutting edge intellectual, media, and numerical methods. That seems vague, but remember, this place is brand new. More details will inevitably emerge, but so far we know that extremists’ speeches, online comments, and other data are analyzed super quickly, and with high accuracy.

In the end, the Center is all about moderation and accepting others. They aren’t just monitoring extremists messages – they’re putting out their own, an alternative to the hate and anger.

The Center will produce content that both confronts and defies radical messaging, revealing the propaganda behind the extremism.

A number of international experts will be on hand at the Center to address extremist messages, and the content coming out of the Center will use the most common languages and dialects used by extremist groups.

A selection of 12 representatives from various states and organizations will make up the Board of Directors, allowing for neutrality, flexibility, and transparency as the Center works to achieve its moderate objectives.