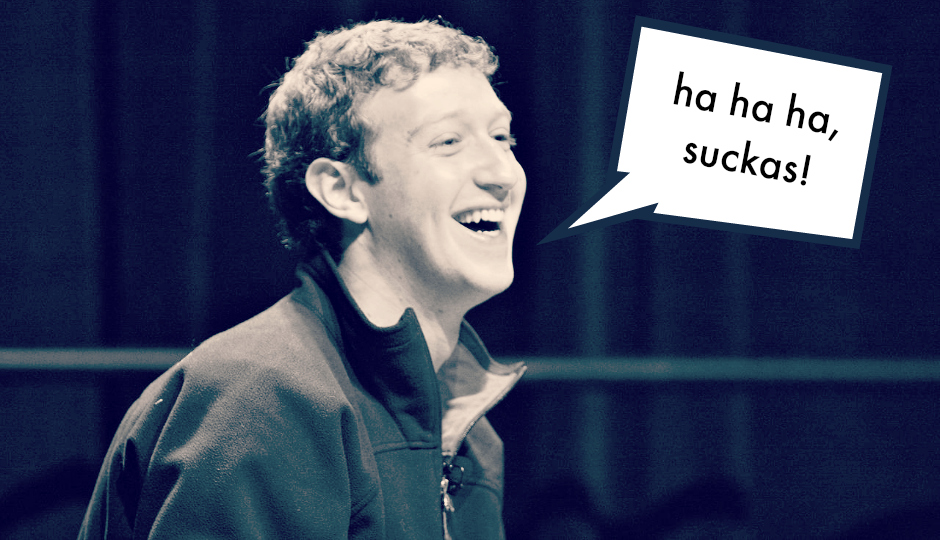 Have you opened your Facebook app lately only to be forced into downloading a separate app called Messenger just so you can read your Facebook inbox messages that you’ve always been able to see within your app that probably came with your phone?

Yeah, us too. Obnoxious, but there has to be a good reason, right? Maybe.

It has been an unexplained mystery, until Facebook founder, Mark Zuckerberg opened up to The Verge on his thought process and it boils down to one thing – it’s the cool thing to do.

When asked why they’re forcing everyone to use a standalone app, he praised the question because it “keeps us honest.” Okay. Zuckerberg says it is another way for users to have a frictionless experience.

Still confused? Us too.

Why would you need to use two apps to have a frictionless experience? Zuckerberg acknowledges that downloading a separate app “required friction,” his point is that the focus of the Facebook app is the News Feed, and that’s what you should see when you open the app. Zuck says an app should only do one thing, and do it well.

He says messaging was a side activity that has grown in importance, so they separated it out because for high volume users, it was more convenient to separate it.

“Messaging was this behavior people were doing more and more,” Zuckerberg notes. “10 billion messages are sent per day, but in order to get to it you had to wait for the app to load and go to a separate tab,” adding that they noticed other messaging apps that were popular were devoted strictly to messaging.

So monkey see, monkey do? Still not sold?

“Asking folks to install another app is a short term painful thing, but if we wanted to focus on serving this [use case] well, we had to build a dedicated and focused experience. We build for the whole community,” he proclaimed.

Therefore, the forced move was for the greater good.

“The reason is that what we’re trying to do is build a service that’s good for everyone. Because Messenger is faster and more focused, if you’re using it, you respond to messages faster, we’ve found. If your friends are slower to respond, we might not have been able to meet up,” he explains, as if no communication method exists outside of Facebook.

But hey, you’re having a friction-filled frictionless experience so that Facebook can serve you better. We’re guessing he was caught off guard, because the answers were borderline illogical. Time will tell what the real reasons are, and we’re betting it has more to do with ad revenue than user friction.