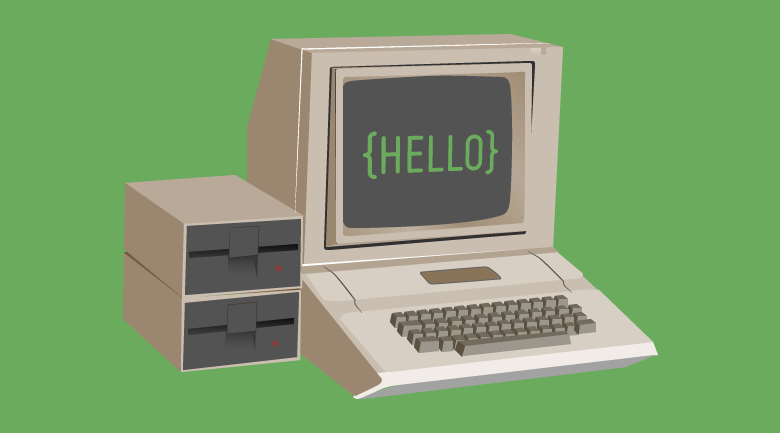 A history of the internet

My, doesn’t time fly? It seems like only yesterday that we dialed-up to access the World Wide Web, hoping to hear that familiar “you’ve got mail” jingle. Since its early days, the internet, and how it’s used, have transformed tremendously. The Pew Research Center has put together a pretty cool timeline of major moments in the history of the internet. Let’s look at a few highlights:

The internet was first conceived in 1989 as a project of the British scientist Tim Berners-Lee of the European Organization for Nuclear Research (CERN). At the time, less than half of American adults had ever even used a computer. CERN considered calling the internet “The Information Mesh” or “The Mine of Information” before settling on “The World Wide Web.”

Read also: Why this is the year that the Internet of Things will explode

The web wasn’t made publicly available until 1993, when CERN essentially donated it to the world. By that time, AOL had established chat rooms and email, and that same year, the National Center for Supercomputing Applications released Mosaic 1.0, which became the first popular web browser. Said Wired magazine, “the web as we know it begins to flourish.”

The web wasn’t around long before people realized it could be profitable. In 1994 was one of the first known internet purchases – an extra cheese with mushrooms ordered from Pizza Hut’s website, PizzaNet. That same year, the White House under Bill Clinton got its own website, Yahoo was launched, and spam and banner ads became a thing.

In 1995 we begin seeing many sites that are still around today, including the first dating site, Match.com, as well as Amazon, Craigslist, eBay, and GeoCities. Internet Explorer became standard with Microsoft’s Windows packages. The mid-nineties saw a huge upsurge in internet usage, with 77% of online users exchanging emails regularly by 1996 – the same year the Dancing Baby video went viral. That was also the year that Nokia released the first phone with internet capabilities. By 2013, over half of Americans would own a smartphone with internet access.

1999: consumers still use the web mostly for weather updates

But let’s review a few more highlights from the late 90’s, when citizens could watch the Mars lander, Sojourner, rove the red planet (’97), Google launched (also ’97), and Napster sparked an ongoing controversy about internet piracy (’98). Despite the influx of information on the web, by 1999 the 41% of American adults who are online were still mostly using the web to read the weather report.

2005: YouTube’s first video posted was of an elephant

The aughts brought about more ecommerce, more interactivity, and more of the sites we still use today, with Wikipedia launching in 2001, Xbox Live in 2002, and the iTunes music store, Skype, LinkedIn, MySpace, and WordPress all hitting the web in 2003. Facebook and World of Warcraft joined the ranks in ’05. By 2000 nearly half of internet users had made purchases online, and by 2002, 44 percent of people with internet access were using it for work. In 2005 we freed up our phone lines as broadband surpassed dial up, and YouTube posted its first video on co-founder Jawed Karim talking about elephants.

The mid-aughts to the modern day was the age of internet access by cell phone, and more of our now-familiar sites began with Twitter in ’06, Groupon in ’08, and Pinterest and Instagram in ‘10. The internet also became a hotbed of political activity. Estonia was the first country to use the internet for voting in its 2007 parliamentary election. In 2010 Wikileaks exposed U.S. diplomatic cables, and in 2013 Edward Snowden made waves by uncovering a massive government data surveillance program. Egyptian revolutionaries promoted their cause via hashtags online in 2011, prompting the government to shut down the internet.

Check out the full timeline at The Pew Research Center, which calls their timeline a “living document” and welcomes user contributions. Not only will you be wiser, you’ll rock it at your next trivia night!