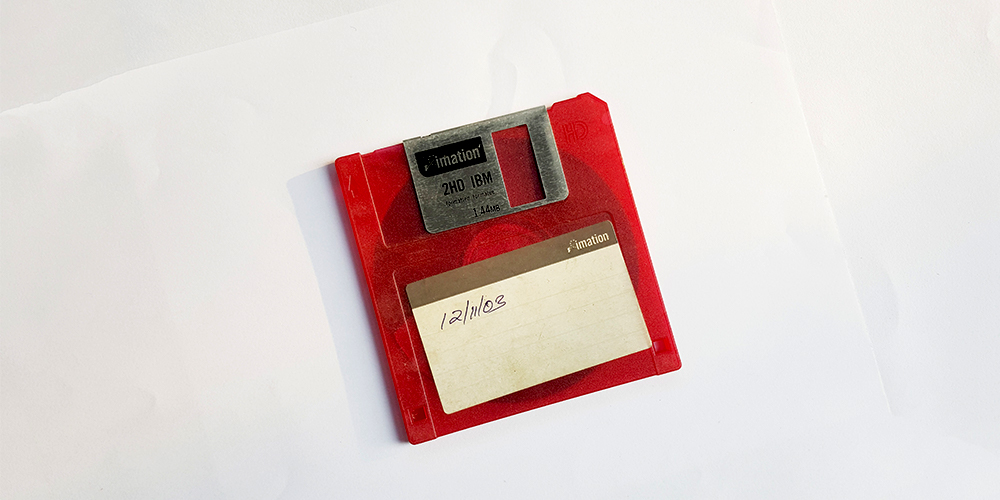 Much of technology is strictly confined to the digital realm these days – so much, in fact, that we’re inclined to forget that things like floppy disks once ruled the land.

It’s harder to forget that they still rule the sky, though. An investigation of a decommissioned Boeing 747 by The Register found that the airborne behemoth’s key navigational databases were contingent on updates delivered to the cockpit via floppy disk – something that must be manually installed by an engineer once every four weeks.

If that isn’t enough to make your skin crawl, the fact that Boeing’s more modest 737 also uses floppy disks for updates to avionics software should do the trick.

To put how absurd this looks into perspective, imagine the latest iOS update arriving in a box on your porch, watching an Apple technician wire your phone via proprietary cable to a disk drive from the ’90s, and waiting for data to offload from the prehistoric-looking square flapjack of a disk onto your comparatively lavish device.

That’s about the size of it.

Should you feel as though this sounds like an episode of Black Mirror that no one asked for, believe us when we say you’re not alone; however, from a strictly age-based standpoint, floppy disks aboard airliners makes perfect sense.

The Boeing 747, grounded as a result of the recent plunge in airfare consumption due to COVID-19, was built decades ago, much like many of the planes that shuttle tens of thousands of passengers around the world every day. While newer models of airliner are, of course, purely digital and based largely on fiber optic systems, it’s most likely safer to keep using the current system of floppy updates for 747s than trying to completely rewire them.

Floppy disks are, in fact, renowned for their hardiness. Their outdated presence negates simple hacking attempts, and organizations from the International Space Station to the U.S. nuclear defense program have, at least until recently, used the tried-and-true floppy disk for a myriad of different updates and data storage purposes.

Putting aside the absurd surrealism of seeing a non-ironic example of floppy disk use in the 21st century, you probably don’t have much to worry about the next time you set foot in a 747. The current method of installing navigation system updates has worked for over 20 years; why mess with it now?

In this article:boeing 747, floppy disks, tech news, The News