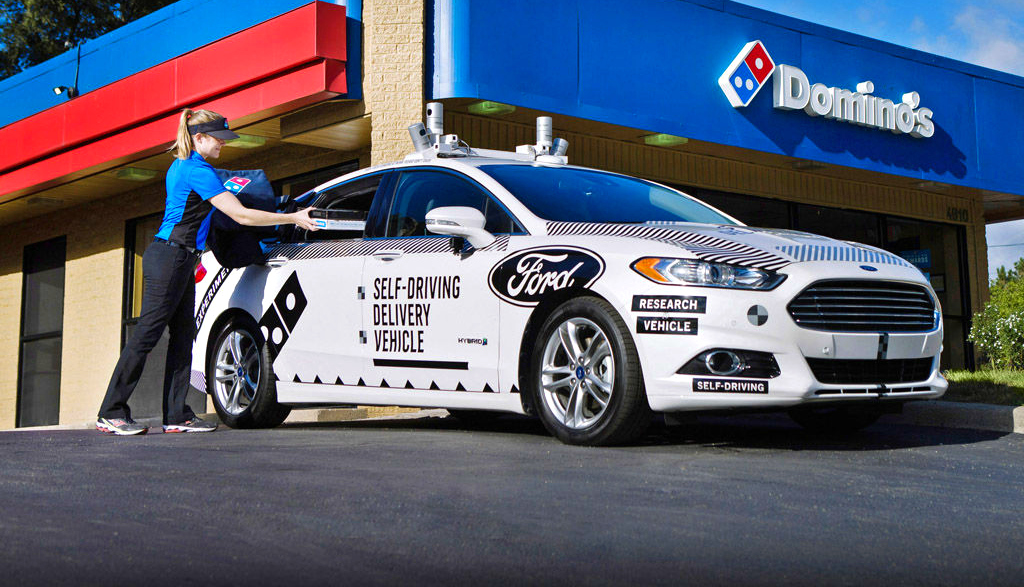 How many times have I sent whiny Snapchats begging my friends to magically make pizza appear in my room? Trick question, too many to count. Now with my half-baked The Secret-powered wishful thinking effort, I present to you a dream team: Ford + Domino’s Pizza. You’re welcome.

Read also: Ford made a big announcement and Americans are celebrating

Ford’s self-driving project is teaming up with Domino’s pizza to pilot an autonomous pizza delivery program in Michigan. Yes, you’ll still have to get off the couch. You will also probably have to put on pants. Sorry, I’m only a wizard in D&D. I haven’t worked out how to get a Spy Kids style microwave for instant pizza delivery yet.

Ford is providing a self-driving Fusion from its trial fleet for the initial delivery trials. The vehicle is white, and clearly marked “self-driving” and “autonomous” in giant black letters. It navigates using cameras and lidar, a radar based on laser beams, housed in a unit on the roof of the car.

Images of the road and surrounding areas are instantly collected and compared with detailed digital maps, ensuring the car knows the journey and destination. The pilot expedition was scheduled to take place on Monday, but the car’s electronics can’t function in heavy rain.

“It’s going to be a real learning experience,” said Dennis Malloney, Domino’s chief digital officer. He offered some more reassuring words to the public, stating, “No one really knows what’s going to happen when customers walk out to the car. They’re faced with a car. There’s no human interaction. What happens if they approach the car from the wrong direction? Will people mind coming out of their house? We want to understand all that.”

There won’t be a complete lack of human interaction, though.

Each car in the program will have a “safety driver” in the driver’s seat, a Ford engineer on the passenger side, and a Domino’s employee in the back to monitor customer responses. Essentially a car full of people will be staring down confused customers during this trial period, which is essentially a sociology experiment wrapped in a tech test run.

TAKE A LITTLE PIZZA MY HEART

Customers will receive a text alert when the pizza is close, and another when the delivery arrives. The recipient will then be asked to trust a red arrow on the rear passenger side door reading, “start here.” After entering the last four digits of their phone number onto a touch screen, the window opens, revealing a secret insulated pizza compartment.

So yes, you do have to leave the house. But you don’t have to tip the car. Before you cry robots stealing jobs, Domino’s senior VP of e-commerce development Kelly Garcia emphasized, “we will have drivers for a long time. This is not about reducing labor costs.” Instead he explains autonomous cars could be used to fill gaps when there’s a shortage of driver or surges in orders.

“We think there’s a very good business,” stated Sherif Marakby, Ford’s VP of Autonomous Vehicles and Electrification. Although Ford has lagged behind its competitors in the autonomous vehicle game, Marakby said using completely driverless cars for deliveries likely “will take off in 2021.”

By then Ford plans on manufacturing completely driverless cars with no steering wheel or pedals. In the meantime, randomly selected customers in Ann Arbor, Michigan will be the only ones experiencing this self-driving pizza experiment. Here’s to hoping the project expands so we can all experience the joy of pizza and being stared at by strangers in a car pretending you aren’t there.

In this article:dominos, Ford, pizza, The News 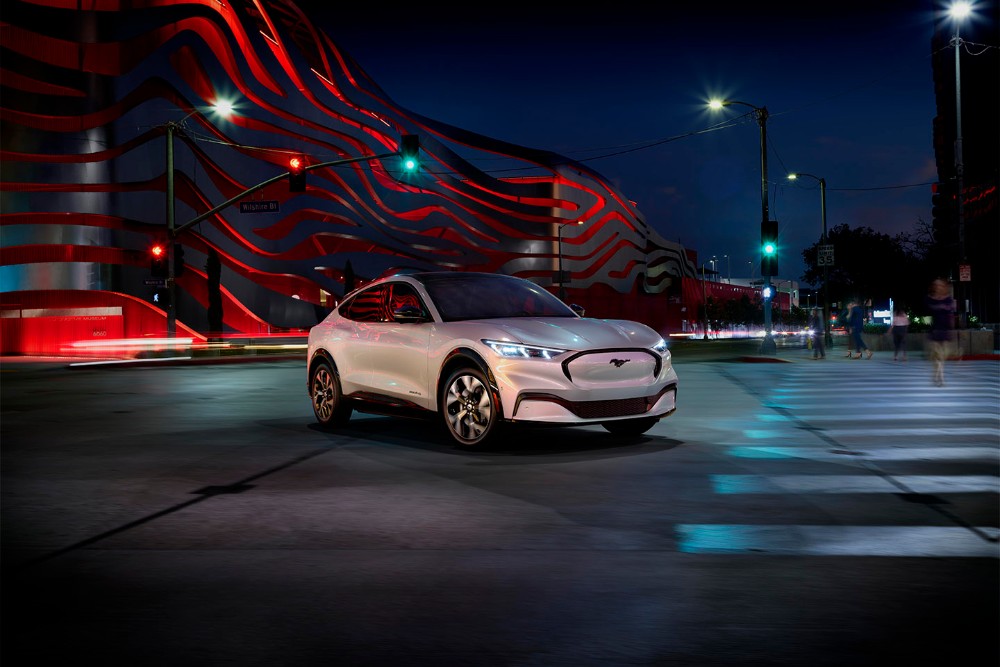 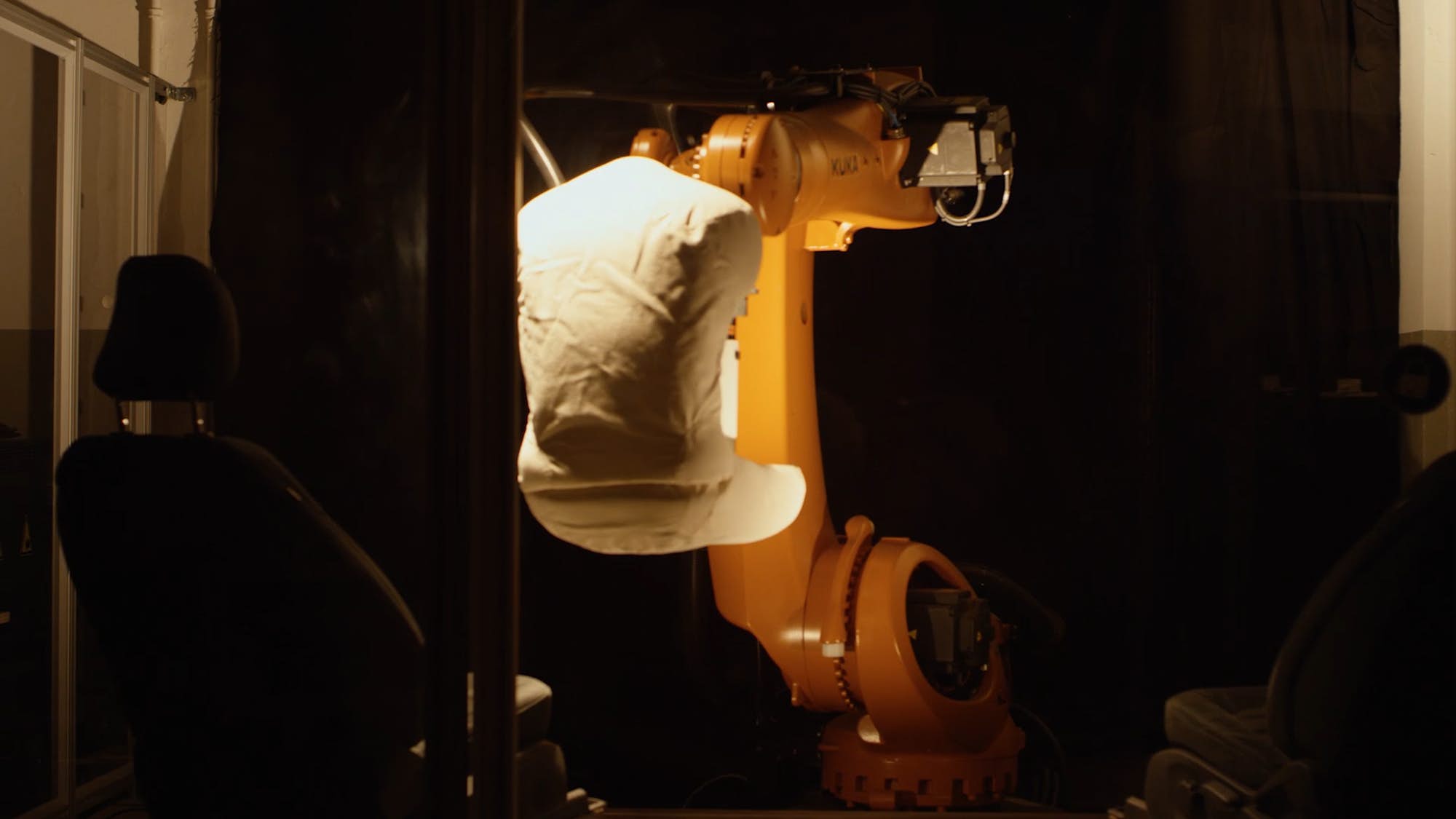 (BUSINESS NEWS) Ford, in an effort to measure how seats hold up, created a robotic butt to run the tests. 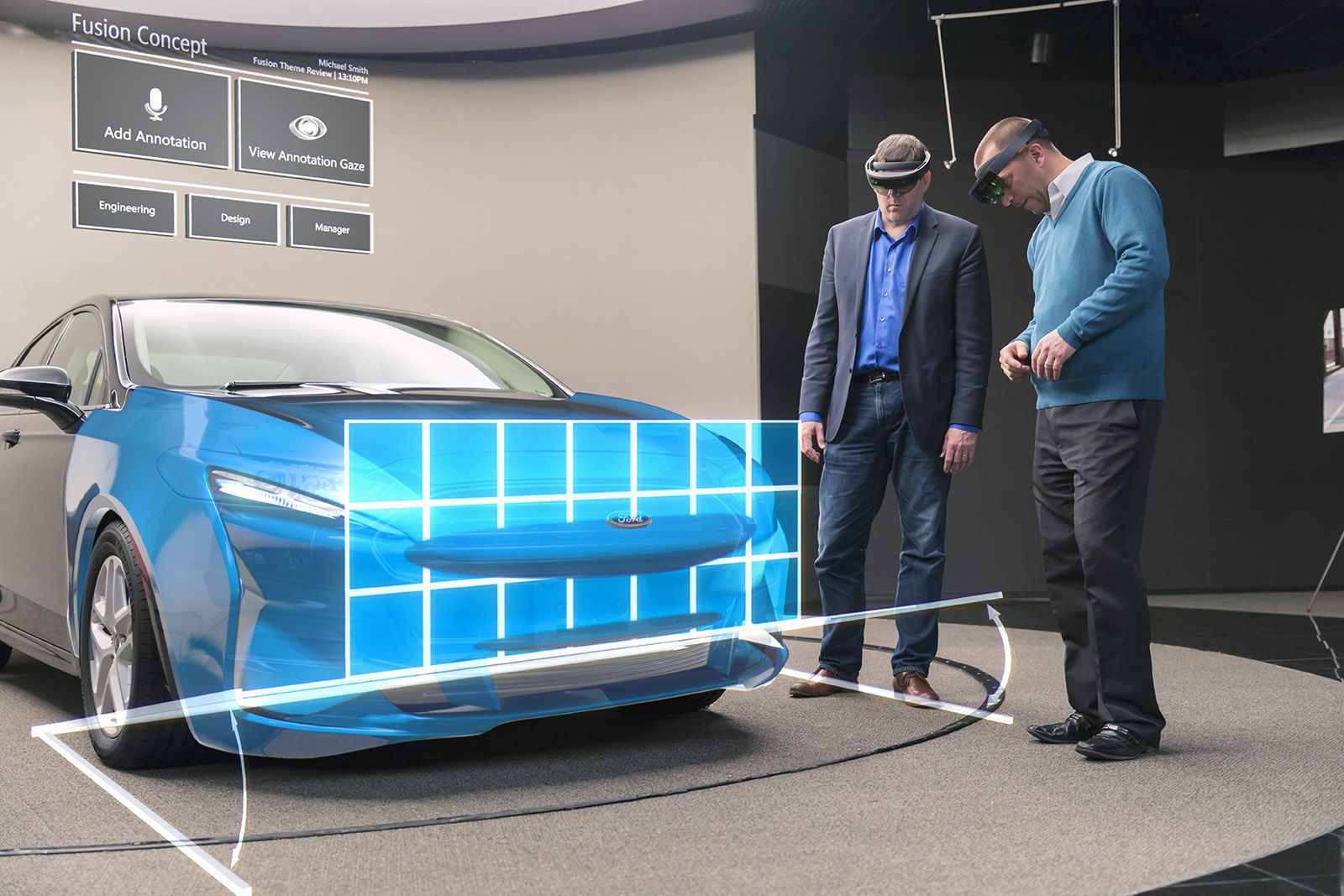