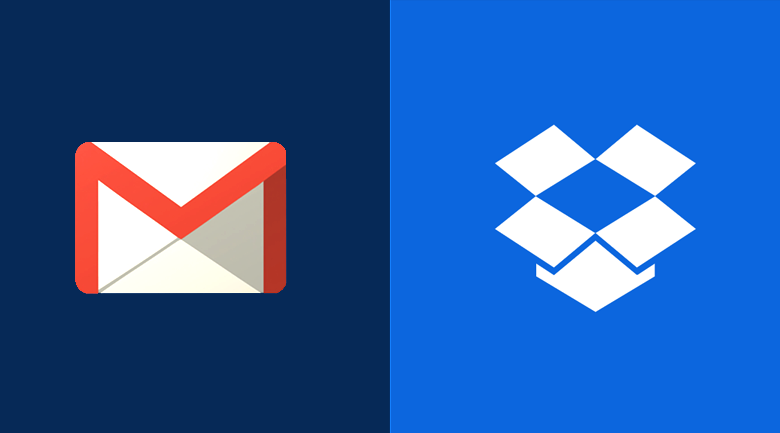 One of the primary issues with Gmail’s generous storage limits, is the temptation to use it as a catchall for email attachments, conversations, and frequently used documents. While this may seem like a good idea at first, the moment you have to scroll through months of posts looking for the one you need, especially if you are looking for an attachment you need to forward, you will be wishing you were using a different system.

While the same temptations are possible with Dropbox, it in generally much faster to find something in Dropbox than it is in your email. With Dropbox’s latest release, it becomes even more useful as a storage tool, given it now integrates with Gmail.

Solving one of Gmail’s pain points with Dropbox

Dropbox has released the beta for their new Chrome extension: Dropbox for Gmail. This extension make it possible to instantly add a link to a Dropbox file, directly from the Gmail web app. When you begin composing a message, you will see a Dropbox icon at the bottom. Simply click the icon, select the files you want to include from your Dropbox account, and they will be shared with the recipient.

If you’d like to work this in reverse: send your Gmail attachments to Dropbox, you can. If This, Then That (IFTTT) has a “recipe” to help you accomplish just about anything. One such recipe is sending all Gmail attachments to Dropbox. There are several other IFTTT recipes that allow your favorite apps and email programs to “talk” to each in ways that would otherwise be quite difficult. They have recipes for over 170 programs (see the list here).

There is no word yet on whether mobile support will be offered in the future, but for now, it will save you a few clicks and more than a few headaches. You can get the extension here.

In this article:dropbox, gmail, productivity, Tech