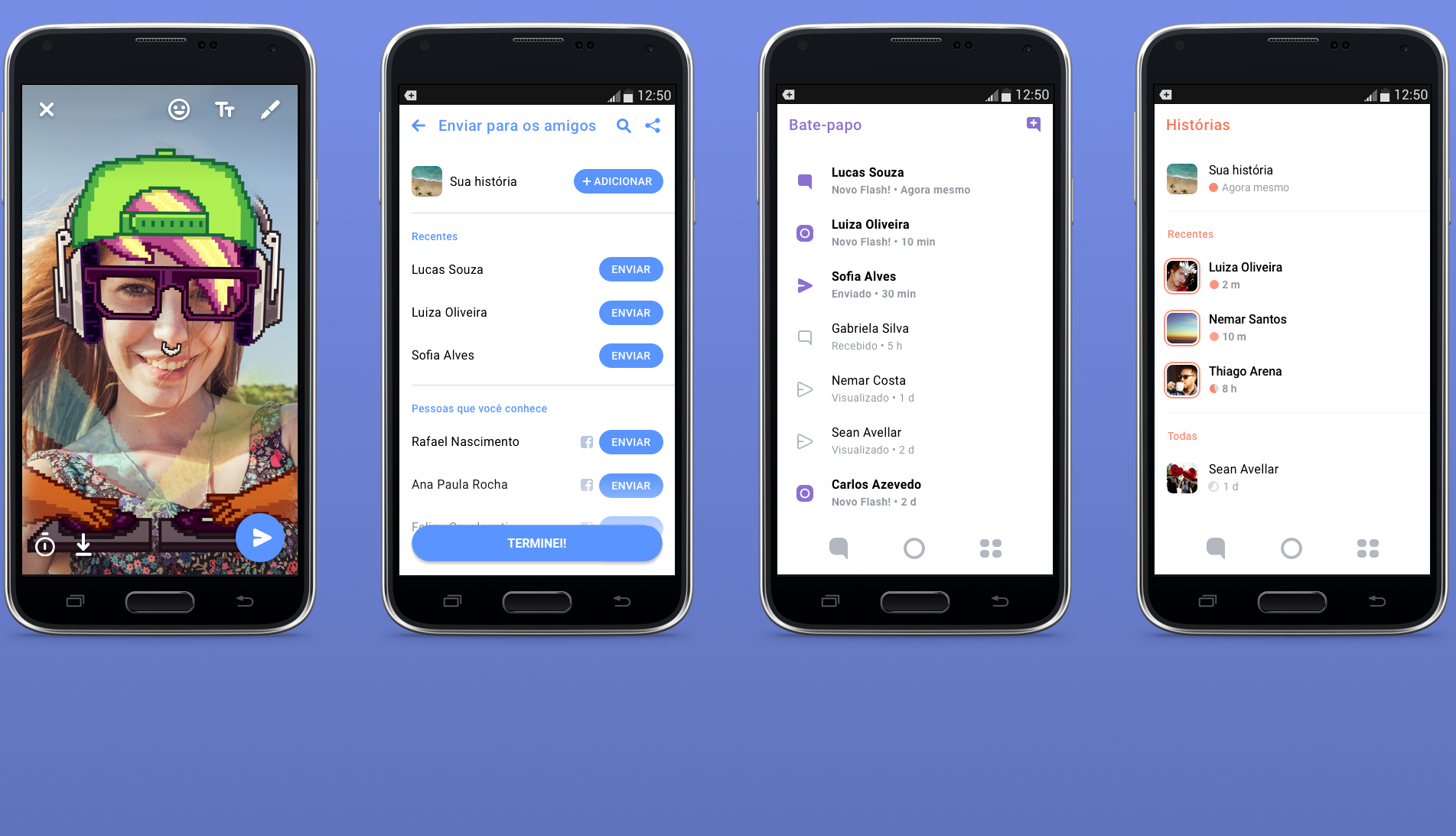 Get a room already.

If this story sounds familiar, it’s because it is. Facebook and Snapchat have both been trying to imitate each other for a while. Snapchat released the timeline-like Memories feature. Facebook has been featuring their live video feature complete with filters, added snappy story things to Instagram AND they have already attempted a Snapchat-ish app, Slingshot, which is now dead.

Read also: What if Facebook acquired Slack and made a Slackbook baby?

These attempts have all come after Snapchat refused Facebook’s offer to buy them for a cool $3 billion. They also have been testing-self destructing, secret messages in Messenger with the addition of, you guessed it, Snapchatty photo filters.

The newest app is called Flash and has already been launched in Brazil, which makes sense because it is specifically targeting emerging markets where reliable WiFi may not be very accessible. So we joke (especially about the fact that the app shares a name with one of the most hated features of the internet that crashes every browser), but this is an attempt to grab a market and get them in the Facebook family before they even have the chance to be lured away by the sultry Snapchat.

Emerging markets usually have devices that are limited on data and storage. Flash takes up less than 25 megabytes, compared to Snapchat’s 70MB. It has data-saving features like loading media only if the user indicates they are interested in it and caching over wifi when possible and allowing offline operation where “Flashes” will be saved and then sent when connectivity is restored.

“We specifically built Flash to bring a great experience to Android users regardless of their data connection or phone mode,” Facebook said.

Why is Brazil first?

Launching in Brazil was a key point of success for WhatsApp, which Facebook acquired in 2014. Currently only nine percent of the population uses Snapchat in Brazil, so maybe this is a way that Facebook can finally find a remedy to their Snap-envy.

In this article:facebook, flash app, snapchat