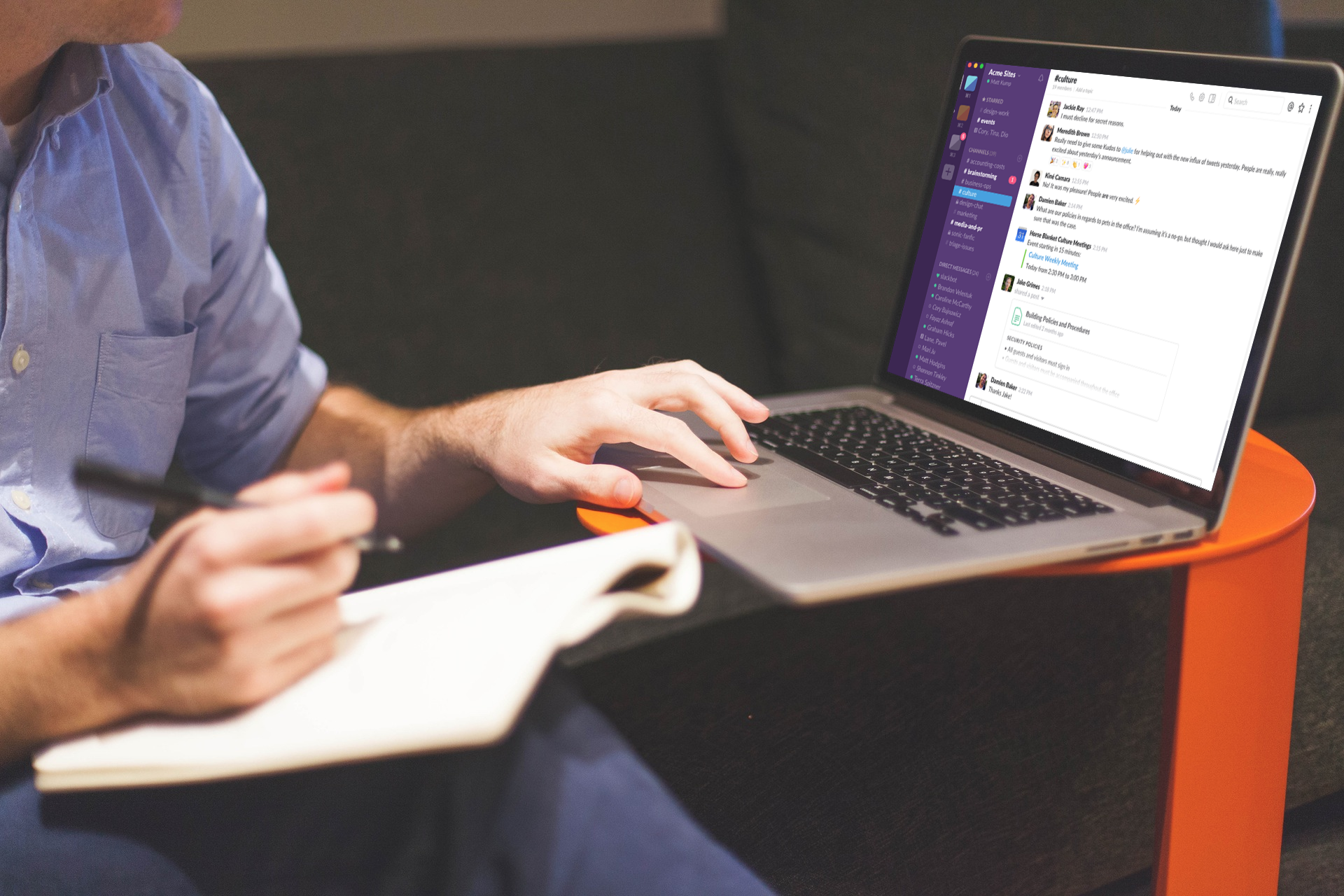 If you can’t beat ’em

Facebook has reigned supreme in social media for quite some time. So much so, that they have been able to acquire many of their competitors and/or platforms that they felt would enrich the Facebook environment. To date they have acquired: WhatsApp, Oculus VR, Face, Instagram, Drop.io, and many more. The latest “threat” to Facebook — at least in terms of chat ability — is Slack.

Read also: Is Kroger poised to snap up Whole Foods?

Slack has created a platform that enables easy discussion and connection. It reminds me of the old AOL and Yahoo chatrooms. Sure, Facebook has Messenger, but Slack allows for easier conversations. Chats can happen quickly, and you can tell when someone is typing. You can talk one-on-one, have group conversations, or chat in channels that are created for various topics, just like the old school chat rooms or newsgroups.

While this may sound like the beginning of Facebook’s next acquisition, instead we’d like to image a world where the competition doesn’t exist and instead, Facebook and Slack team up. If Facebook and Slack were to team up, they would surely dominate the social media world.

Slack is primarily used by business professionals, however, and can be a bit difficult to use. You have to create a group, add your contacts, and market yourself. It certainly has the potential to move beyond the workplace, and this is where a partnership with Facebook would be amazing.

This partnership would boost Slack’s reach and allow a whole new experience for Facebook Messenger enthusiasts.

Image if you will, a hybrid of Slack and Facebook. Perhaps Facebook would adopt the chat features or conversation circles of Slack. There’s also the possibility that Slack would integrate some newsfeed or easy networking features. Either way, our imaginary merger has the potential to take over the social media world.

Now, if that doesn’t sound perfect enough, what if we added Snapchat to the equation? Facebook infamously offered Snapchat $3 billion in 2013. The offer was refused, but in our little scenario, let’s pretend it was accepted and now Snapchat can play along with Slack and Facebook.

Let’s add another player to the dream

Now, if we enrich the “Slackbook” platform we’ve created with Snapchat, can you image what would happen? Slack is already a fantastic way to message and chat, but Snapchat is instant, engaging communication, especially for the younger tech set. Between Snapchat’s filters and instant image sharing, it’s sure to make our “Slackbook” more enjoyable.

Imagine instantly sharing filtered images on the messenger platform, connecting to your network without waiting, and catching up on the news all in one place.

This is a social media platform I’d be interested in. No more competition. Everything you love all in one place. Not only is it a user’s delight, but it would be a marketers’ dream. No more timing when and where to post marketing materials, just head on over to “Slackbook” and reach three audiences at once. Sounds pretty great to us (minus the whole monopoly angle).

For now, it’s only a dream

While it’s only a dream right now, that doesn’t mean that some version of this merger won’t come to pass in the future. There seems to be a great deal of benefits to all parties involved. Only time will tell whether or not Facebook will acquire Slack or Snapchat, but isn’t it fun to think about what it might be like? What do you think, will Facebook set their sights on Slack or Snapchat again?