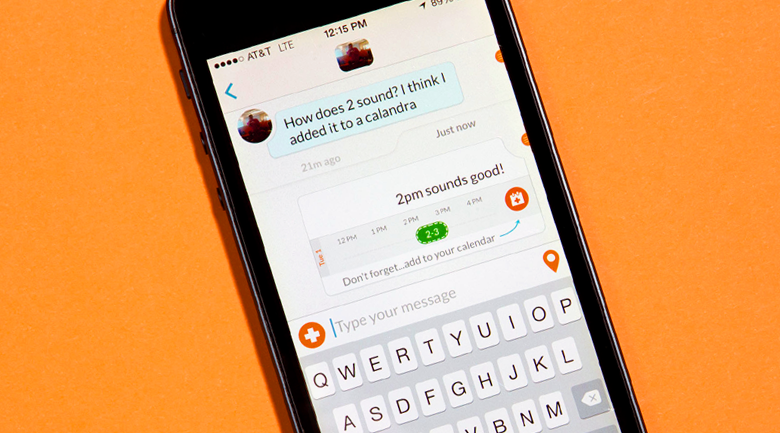 Google has officially acquired messaging app, Emu for an undisclosed amount. Google will shutter Emu on August 25th as they roll the technology into its own products, making Emu no longer available for download or use.

Emu launched earlier this year out of beta as a messaging app that learns from (read: snoops on) your conversations to do things like set reminders, make reservations, share your location, or even make appointments on your calendars, saving you extra clicks and steps. It’s like IM and Siri got together and made a baby that Google’s adopting and renaming.

It sounds a little Big Brother-y, but it functions similarly to Google Now which is already digging through your phone content for context to offer relevant information and predict your next moves (like buying movie tickets or driving to the doctor’s office you just searched for) and saving you a step by offering it front and center for you.

Founders of Emu include talent formerly from Google and Apple, giving the team direct insight into what both companies are all about and how they could improve from a third party standpoint.

What will Google do with Emu?

It remains to be seen what Google will do with Emu but, it is clearly a strengthening of their mobile strategy, and they’ve been strongly focused on Hangouts of late, so it stands to reason that the two will be interconnected. It could also be used to strengthen their Google Now product and further integrate their suite of products into one another.

Tech columnist, Darrell Etherington writes, “It’s easy to see Google potentially using Emu’s tech in Hangouts, which itself is evolving into a central, multi-featured hub for communications on Android, and leaving behind its origins first as simply a video calling service and later as a text communication tool. Messaging could become the home base for mobile in the same way that email is in many ways the HQ for desktop computing, at least in terms of P2P communications (the browser rules for content consumption) and Emu’s tech could be instrumental in truly evolving it past what it is now.”

Although you won’t be able to use Emu directly, here’s what Google just bought which could be incorporated into their existing technologies soon:

In this article:emu, google, Technology