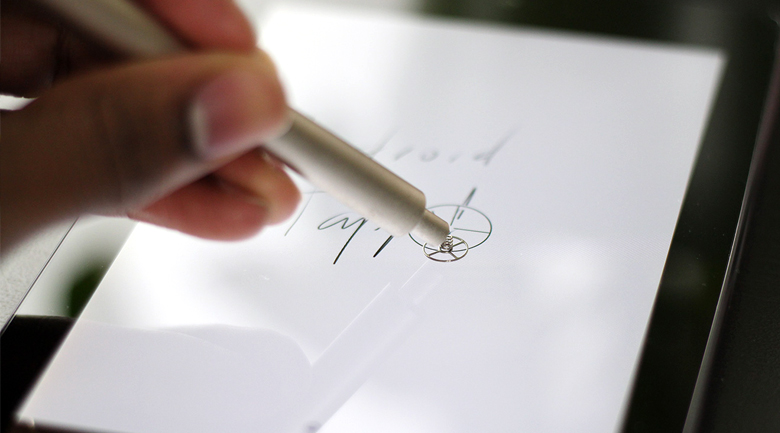 On the heels of Google rolling out handwriting support for Google Translate, they have added Google Docs and Gmail to the lineup, allowing you to skip the keyboard and use your finger or stylus to communicate, particularly helpful for anyone using special characters like finance or commercial real estate, or writing in a foreign language, especially Eastern languages with complex characters.

Handwriting support is also already available in Google Mobile Search as well as Chrome browsers, pointing to Google’s clear plan to make it available across all platforms, perhaps even Google+ in short order.

According to Google, it is easy for anyone to use, but it isn’t automatically turned on for all users. To try it out, enable input tools in Gmail orDocs and select the handwriting input (represented by a pencil icon) of the language you want to use. Some users note that the features is slowly rolling out and not available to all, as of yet.

Then, in the areas where you would normally type, simply handwrite with your mouse or trackpad on a desktop, or a stylus or finger on touchscreen devices. The update includes handwriting support for over 20 languages in Google Docs, and over 50 languages in Gmail.

Not just an advance for foreign languages

While most attribute these updates as focused on people using foreign languages, it appears a more widespread feature than that, allowing certain learning styles to better communicate. Certain learning disabilities make typing inferior to handwriting, and offering this in Gmail and Google Docs can not only help that segment, but anyone whose ideas flow more naturally through handwriting than typing. Imagine your coworker whose desk is filled with handwritten notes – that’s who will also benefit from these updates.

Take a look below at a quick explanation of the new handwriting support features:
[pl_video type=”youtube” id=”1Udr2XdxQKA”]