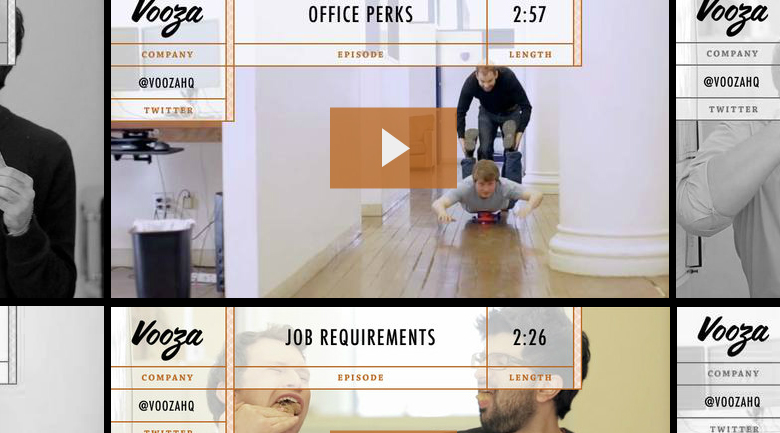 We write a lot about technology and the amazing power it has to transform and improve our businesses, but because of our finger being so closely held on the pulse, we also see the underbelly of startups. That underbelly is often a world of popped collars or hoodies, bed head, and bicycle racks on overpriced cars with no bicycles. The underbelly reeks more in some cities than others, but it exists in the startup world with a small segment of people that give many a bad impression of the startup world.

Tapping into the eye rolling most legitimate business people have in the startup world when they see the popped collar morons playing startup is Vooza, a video comic strip about the startup world.

The following three videos are only their three most recent to give you a taste of the hilariousness, and while it is a parody, we hate to admit that this rings true for many startups we’ve seen come and go over the years. Sign up on their website to get the videos delivered to your inbox, it’s free.

Startups, even legitimate tech companies can go a little overboard on perks and offices tend to look more like a weird arcade than a place of business. Much of this has changed with the recession, but new startups often put more effort into their offices than their actual business plan. Sad, but true.

Most startups are proud to harness the energy of creativity and often employ people the corporate world would overlook, but sometimes the requirements are either ridiculous or strange. The following parody alludes to the ability to juggle as a requirement, and kid you not, in 2010, we heard of a startup that required new hires to learn pig latin before starting – you know, for camaraderie. Umm…

This is a sad truth not just of startups but of many companies – the books aren’t in order. There is a douchey subsect of startups, however, that Vooza takes note of: the “I don’t need a plan” types, the “give me money and don’t you worry what I’m going to do with it, just know we’ll all be billionaires next year” types.

Bonus: Vooza makes fun of itself

Vooza is a self-dubbed video comic strip, but they do videos for companies too, and also make money through ad partners and speaking engagements. Even their explanation of themselves is a parody and somewhat inaccurate for fun:

In this article:Business, startups, Tech, vooza