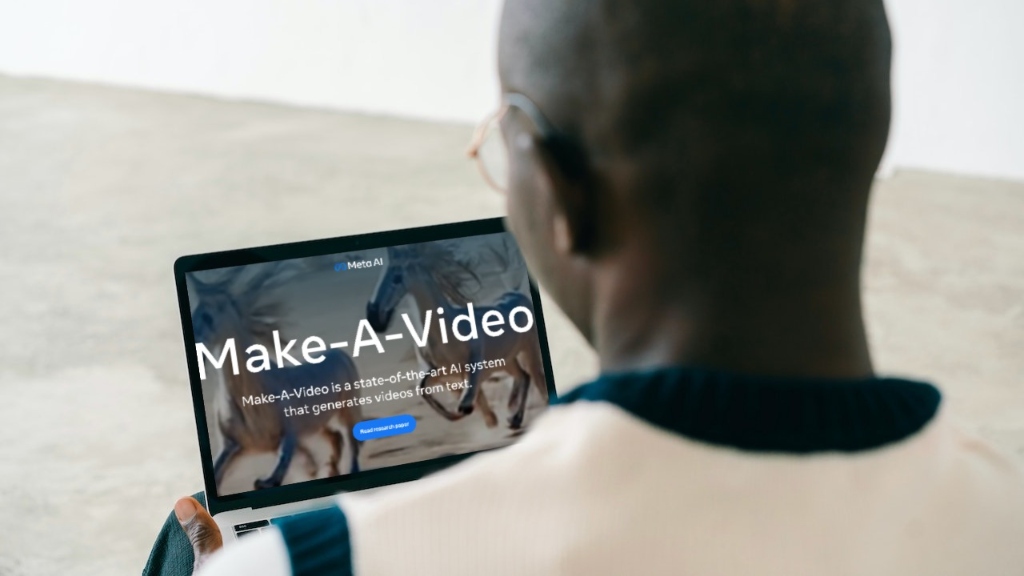 Meta is proving to be a fickle beast. There are too many ideas being tossed around, yet nothing is being released.

Just last week, at the end of September, Meta relieved an AI text-to-video program. Now, this is the first I’ve heard of a text-to-video program and it sounds super cool. They are calling it Make-A-Video (very original) and doesn’t sound like they couldn’t think of something better at all.

The program follows the same principle as their earlier announcement of Make-A-Scene. You type in your text yet this time you get a short AI-generated video instead of an image. They even display some examples like a dog with a cape flying through the sky and an up-close painting in progress. Personally, I am very excited to see where this goes.

That is if it ever gets released.

Make-A-Scene which we covered back in July still hasn’t been released by Meta. Now if you’re not familiar with that program, it is a text-to-image generator. And sure, there are a ton of these out there. However, the reason it was getting quite a bit of attention is that the scenes demonstrated were not just blobs of paint to interpret. As silly as some of them were they looked like they could be real works of art or photographs. Nevertheless, it has yet to be released, which leaves a lot of people confused as to why the company would now reveal yet another AI-based program.

That leaves me with little hope that I’ll ever get to try either program. I have a feeling with the current climate that Meta is going to continue to come up with interesting even perhaps innovative programs and systems and then not do anything with them.

Since Facebook rebranded as Meta, people’s trust in the company has plummeted. And more often than not, the social media giant is making promises and is simply not delivering.  Though these programs may not seem like such a big deal to some people considering Meta has not stated whether the use of them will require payment. Nonetheless, I feel that this gives a small insight into what’s really going on behind closed doors.

For both Make-A-Video and Make-A-Scene, Meta has stated they will be releasing research papers and are sharing the technology with the community to garner feedback. Both are expected to be released in the near future, according to their statement.

We will have to see about that, but for now, my faith in Meta is the same as my faith in gas prices ever dropping to under a dollar. Pretty nonexistent.

In this article:AI, Meta, The News