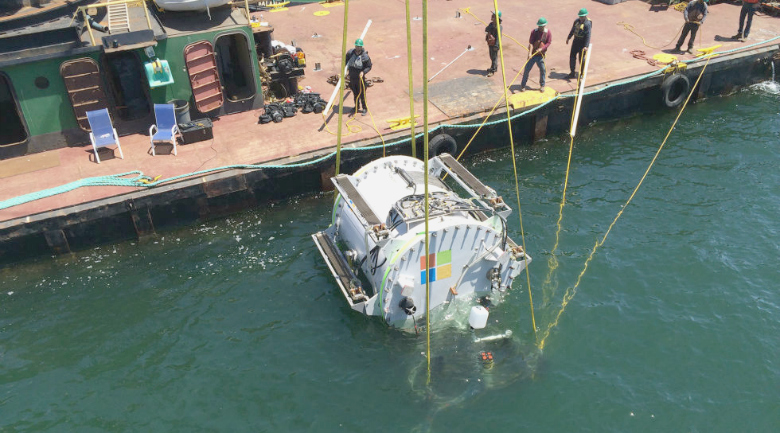 Microsoft’s inner workings have always been a beneath-the-surface campaign. However, recent advancements in technology may be taking the digital superpower to greater depths—literally.

In a NYT article, Microsoft expert Ben Cutler and his colleagues discussed the ins and outs of placing the company’s vast data centers on the ocean floor, allowing them to operate “hundreds of feet below the surface.” This system would also solve issues related to heat concentration and the subsequent costs of keeping the data centers cool.

Read also: Automate the hell out of Microsoft with these IFTTT recipes

It’s no secret that data centers — the collective sources of almost everything you see on a screen — use up a tremendous amount of energy and real estate. By placing these obtrusive facilities on the ocean floor, Microsoft would potentially be able to make use of a free cooling service, courtesy of Mother Nature, in conjunction with a theoretical water-based energy source.

The subsequent energy and monetary savings would be astronomical, and that’s without taking into account how rapidly these centers could be implemented (90 days rather than up to two years, as per the current benchmark) and the profit that increased internet speed and processing power would bring to Microsoft.

Will this project sink or swim?

As you can imagine, several problems remain — environmentalists’ reactions and aquaculture concerns come to mind—but Microsoft did just announce a successful technical run of its first component: a capsule containing a segment of what could one day be an underwater data center. In this test, several environmental risks were anticipated and examined, with the consensus being that a negligible amount of discernible heat and sound were added to the surrounding environment.

Whether or not this project gets off the ground—or, rather, sinks below it—the mental attitude and eagerness toward it that Microsoft and its counterparts have displayed thus far shows just how incredible the technology of today is. Even if we don’t see underwater facilities in the near future, rest assured that the advancements to power such a dream are that much closer to becoming a reality—advancements that will drastically improve the quality of our already astonishing technological accomplishments.

In this article:data center, microsoft, Tech