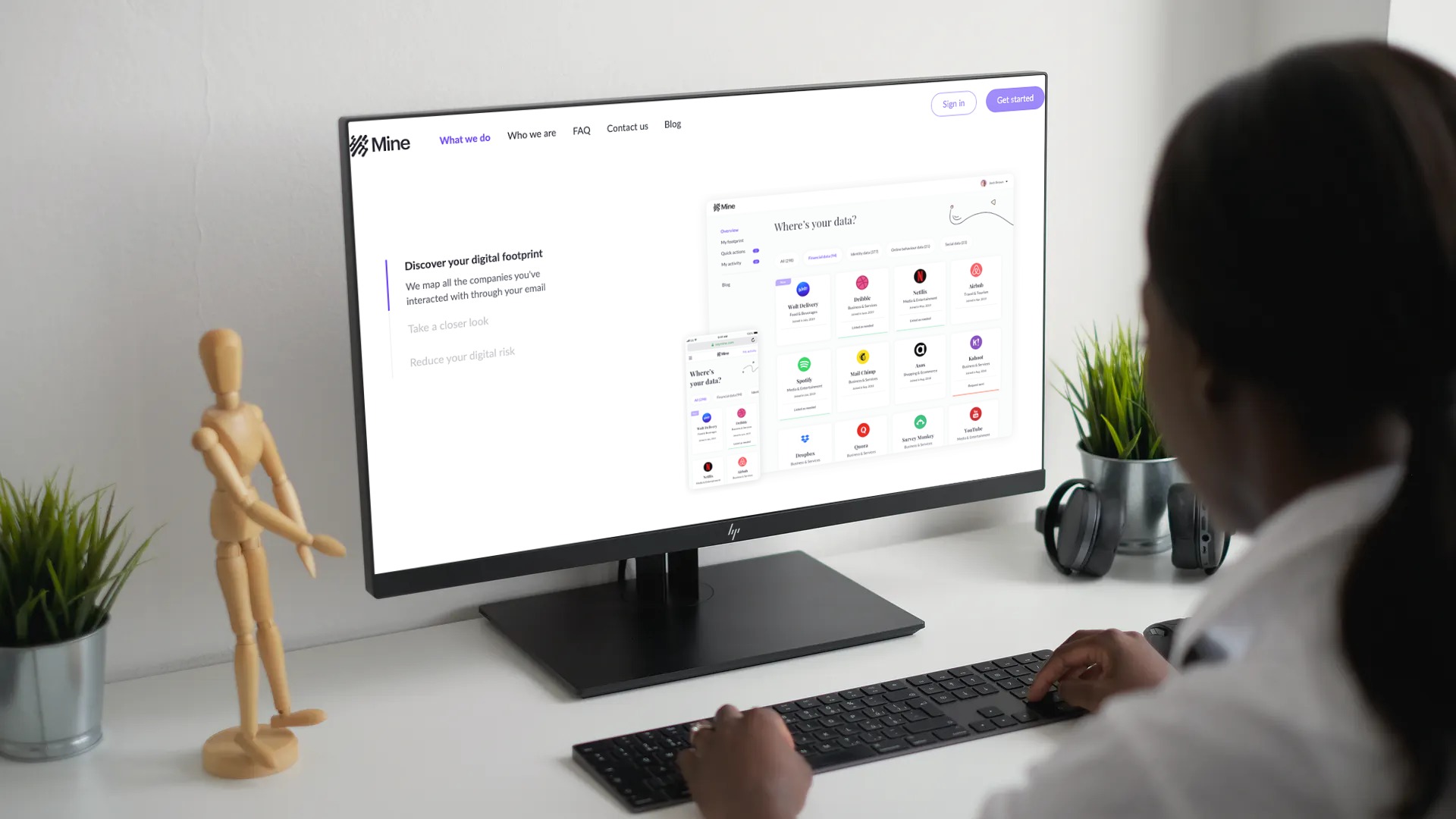 I’m pretty concerned with keeping my personal data safe these days: I recently got a VPN and I try to use a privacy browser for everything I do on the internet. But it’s impossible to completely avoid sharing my personal information, especially if I want to watch, buy, say, or do anything at all online.

So when I first heard about Mine, a new machine-learning tool which claims to be “the future of data ownership”, it really piqued my interest.

Using your email history, Mine identifies companies that are most likely to be storing your information based on the headers of the messages in your inbox. Its AI then independently locates the privacy policies for these companies to determine what kinds of information they’re storing, rather than looking through the actual contents of your emails.

Mine seems very mindful of the fact that they must be trustworthy in order to be successful. It’s free right now while they’re still new; Mine only got started in January. But they have plans to introduce a subscription service in the future.

To quote their FAQ: “Tech companies that are not interested in your money are interested in your data, your online behavior, or other personal assets they can monetize. In other words, if an app is free, they’re probably getting their money from somewhere else 🙂 Our goal is the opposite – we want to make data ownership accessible for all without monetizing our users’ data.”

Of course, when I saw the smiley face, I figured I’d give it a shot. Hey, if they help me get my information out of the hands of a less smiley entity, everything evens out, right?

After sifting through my emails, Mine spat out a list of the places that were allegedly storing my information. I was pretty shocked to see around 100 different companies pop up. Some of them were there for obvious reasons. Google, for example, was self-explanatory… but there were also names that I could swear I’ve never heard of.

I ended up submitting over 50 data deletion requests. The tool made it really easy to see who had my information, and streamlined the process of sending requests to these companies. With two taps, it was bombs away.

My inbox was suddenly buried in automated messages, mostly about how “support” would get back to me “as soon as possible.” I spent the next few days virtually waist deep in what was, for all intents and purposes, spam mail.

The select few that promptly, and properly, addressed my request produced mixed results: only three companies immediately confirmed that they had erased the data they were storing about me. The rest were going to make me do a bit more legwork, with each having their own rabbit holes for me to jump through before they would delete a dang thing. I won’t lie, this frustrated me, but the reasons for these extra steps are not necessarily sinister.

When I spoke to Gal Ringel, co-founder and CEO of Mine, he shared that often, companies do this because they need to be provided with more information than an email address in order to fully complete the request. He says that Mine will soon be incorporating “enriched” data erasure requests that should cut back on the need to inconvenience users with these outside processes.

In the meantime, he and his team have been working with businesses to develop policies that facilitate the process of data erasure. The majority of businesses, he says, consider it a good investment in building trust with the public. It’s also a prudent move to prevent identity theft, should others gain access to their records.

So, what’s my verdict on Mine? It really simplified the process of asking companies to delete my personal information. It is an important step on a long journey towards redefining the relationships that we have with our data, since the majority of people simply don’t have an accessible way to exercise control over it.

Mine is still in development, and I really look forward to seeing what it becomes in the future. (Hopefully, something that involves fewer emails!)

In this article:customer data, tech news, The News