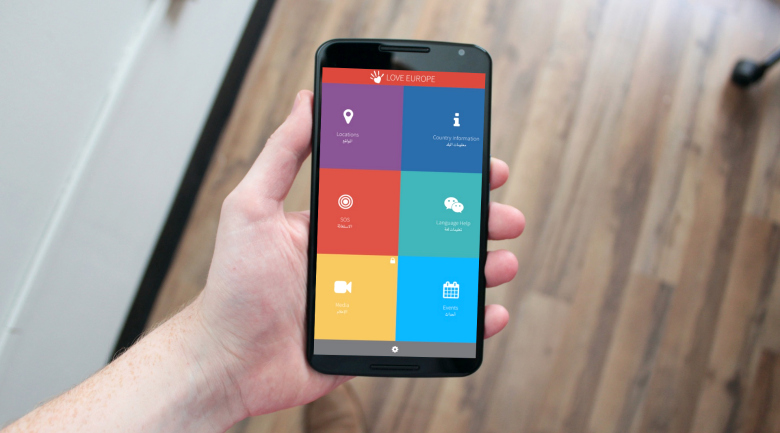 Refugees of the 21st century

What do you picture when you think of the word “refugee”? You may imagine an anguished, dust-covered person, arriving by boat in a strange land with nothing but the shirt on their back. And while many refugees do flee their homelands empty-handed, many of them are armed with that ubiquitous device we’ve come to know and love, the smartphone.

Read also: Thinking more deeply about where our clothing comes from

As such, developers are working on apps specifically designed to help refugees. We recently reported that a young software prodigy who created the first chatbot to offer legal advice is also working on a chatbot that can help Syrian refugees apply for political asylum.

It turns out that many apps specifically for refugees are already on the market. Gherbtna, which translates to “loneliness in exile” in Arabic, was created by twenty-six year old Syrian refugee Mojahed Akil to help fellow refugees tackle life in Turkey. Gherbtna offers information about health, legal services, and applying for asylum, news, housing and job listings. The app already has 40,000 downloads. Akil has also created an app to help with real-time Turkish to Arabic translation.

Meanwhile, the Norwegian for Development Corporation (Norad) hosted a competition called EduApp4Syria, calling for developers to present apps that help Syrian children whose schooling has been disrupted by their exile. The competition garnered entries from 78 developers, three of whom will be offered contracts.

In Germany, refugees can download an app called Ankommen, which was created by the Federal Office for Migration and Refugees in collaboration with the Federal Employment Agency and the Goethe-Institut. The app teaches basic German phrases, offers practical tips about German culture, information about gaining asylum, as well as apprenticeship and job listings. The app is available for iOS and Android in Arabic, English, Farsi, French, and German.

In April, a similar app called Love-Europe was released in the Netherlands, Germany, Greece, and France. Love-Europe will offer maps showing refugee camps, free wifi hotspots, and other helpful locations. It lists events relevant to refugees, and will operate in two languages simultaneously so that users can start to learn a new language while using the app.

In this article:App, crisis, refugee, Syria