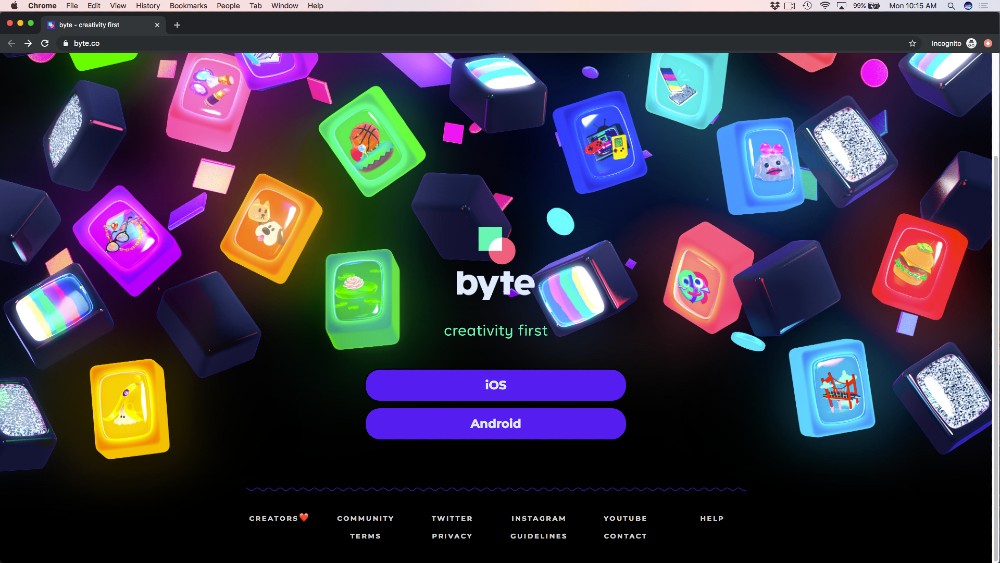 The Internet mourned the day in 2016 when Twitter, the owners of Vine, abruptly pulled the plug on the video app, which made posting short creative videos the best thing since sliced bread.

After two years running a beta version, Vine’s co-founder Dan Hoffman announced the launch of Byte in January, two years after he said he would be creating a new, short-form video app.

As of launch, Byte doesn’t have some of the bells and whistles that newcomers like TikTok offer, such as augmented reality filters, remixability or transition filters, according to an article in Tech Crunch.

While Byte may be missing some features for now, where it hopes to differentiate itself is in helping its users make money, something TikTok and other micro-entertainment apps – in general – don’t offer. It will soon offer a partner program to those who are popular on the app.

In addition, the company is reviewing options for tipping, revenue sharing or other partner programs. Hoffman told Tech Crunch, “We’re looking at all of those, but we’ll be starting with a revenue share + supplementing with our own funds. We’ll have more details about exactly how the pilot program will work soon.”

Among its standard social features like a feed, notifications, profiles and an Explore page. It’s available in both Android and iOS formats. This reporter signed up easily and posted without any issue – except I did record myself talking – accidentally. You will find a variety of videos, like mine with my cat in his cone of shame. Bytes got everything musicians, manga, art, teens being teens, tree toads, cats, TP, singing coffee mugs and some guy sneaking up on his grandma and scaring the bejeezus out of her.

Whether it will make an impact, now that Instagram, TikTok and others are on the scene is unknown, but, as Tech Crunch points out, Hoffman may need to rely on the fond memories many had for Vine to build its activity and regain the success its predecessor once had.

In this article:byte, tech news, The News, vine