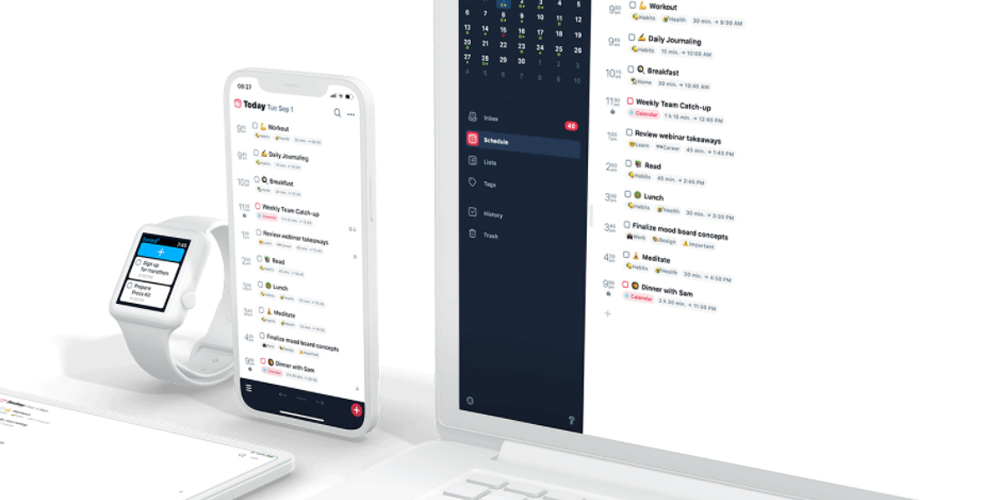 We all only have so much time in our day, and our modern culture pushes the idea to hustle at all times – that each minute should be maximized and utilized to their fullest extent. However, this can become overwhelming, and productivity can actually decrease. Even with a changing landscape where more and more workers are able to customize their daily commitments and career, knowing how to plan one’s schedule can still be difficult.

The team behind the Sorted 3 app promises to give users the ability to hyper-schedule their day through the use of a seamless and centralized focal point to collect events, tasks, and notes. While it has been a mobile app until now, a newly released macOS version now delivers a seamless and easy way to organize the daily grind.

Hyper-scheduling – as an organizational philosophy – seeks to categorize tasks based on their amount of time versus just collating them into an endless, senseless list devoid of hierarchy. Rather than several entries that carry the same weight and create a rigid structure, the list treats itself as living, with each task given the ability to expand, shrink, move, or otherwise be modified at any time to accommodate the current situation.

In other words, the idea here is to both plan ahead yet still be able to concentrate entirely on the moment. For example, if a task begins to take longer than was predicted, it’s no problem! The list encourages a user to zero in on something as needed, and then alter later tasks to reflect updated timelines.

To do so, Sorted incorporates a system built around a few specific ideas:

Unified Timeline: Giving users the ability to assemble a single list of calendar reminders, events, scheduled tasks, and other data brings everything into immediate focus without becoming overwhelming. This prevents being Sorted from being “yet another repository” of things to think about, which lowers the chance of forgetting what needs to be done.

Hierarchy: Sorted gives options to determine the level of attention and time that must be devoted to an activity. A large entry can have several subtasks assigned to it; often the best way to tackle a large problem is to approach it on a step-by-step basis. Tags can be placed where needed, which helps patterns to develop and the ability to line up similar, related tasks.

Reorganization: Instead of creating a static document that cannot be easily updated (aside from checking off which events are completed), a user can move a task around at any time to better suit the current situation. If something takes longer than expected, Sorted can shift numerous events by a given amount of time. Further, topics can be moved around effortlessly, which can empower a sense of control amid changing schedules.

Flexibility: Tasks can be merged together, moved to different days across a built in calendar, and grouped into folders.

Ecosystem: Sorted is available across a multitude of devices – tablets, phones, laptops, smart devices – which work in tandem to give users the ability to update at any time. Further, integration with other services – such as Siri – help drive familiar interfaces to better enhance integration into a hectic schedule.

In a sense, Sorted’s philosophy stems from these core tenants – that your daily schedule is constantly evolving, that you should have several tools to manage this, and that easy access to your itinerary must be maintained. At its core, this still requires a user to take the time to lay a foundation. Of course, doing so will help put things into perspective, and Sorted’s diverse array of options can arrange a day that is full without being overfilled.

In this article:App, planner, schedule, Sorted, tech news, The News