College students, recent grads, and those looking to transition into new career paths often rely on internships to explore, get their feet wet, and build their resumes.

Personally, I believe internships are most important for that exploration part – they’re understood to be temporary, and the best ones are designed such that both the company and the intern gain what they’re looking for – fresh perspectives, able bodies, new skills, etc.

Internships are not created equally

Unfortunately, the vast majority of internships are underpaid, or even completely unpaid. I’ve personally had to turn down internship opportunities because I couldn’t afford to work for free, and if I hadn’t been lucky enough to earn a (very small) grant from my university, I wouldn’t have been able to work at the publishing internship that set me on my current career path, and earned me some great friends along the way.

While I read and evaluated manuscripts and learned about agency life, surviving on what amounted to much less than minimum wage through a grant, my partner, who had yet to earn his undergrad degree, lived it up with an internship at a big finance organization in New York, earning six times what I did. Granted, he was doing highly skilled work as a software engineer. But is he really six times as skilled as I am?

That’s a tough ratio to swallow.

The origins and reasons behind unpaid and underpaid internships are complicated and longstanding, but some of it is obvious: in the tech industry, money is often readily available; in other industries, not so much.

Glassdoor recently released a new list of the top 25 internships, by median monthly salary, and it isn’t exactly full of surprises. The top ten reads like a who’s who of tech and e-commerce:

A couple of reminders should accompany this list. First, many of these crazy high-paying internships take place in super high cost of living cities like New York and San Francisco. Not only can rent be laughably expensive, but you can also expect to pay more for everything from food, to parking, to a gym membership.

However, many of these internships don’t pay you only with exorbitant salary. They often offer free housing, transportation, and even meals on workdays. They also come with perks like onsite gyms and fitness classes, and open kitchens with snacks and drinks galore.

So if you’ve got the skills and you want to make a ridiculous amount of money before you’ve even graduated from college, these are the places to focus your techie attention.

It’s worth noting, though, that smaller organizations, though they may offer less in the way of monetary compensation, often offer more in terms of a complete internship experience.

You may have access to people and perspectives within the company that you wouldn’t even meet at a behemoth like Google or Facebook, and you may also have more flexibility to work on what interests you, rather than what your team of interns has been assigned to do.

Either way, you’re bound to get a lot out of the right internship, so if your summer plans are still up in the air, consider spending a few months at a company you admire, learning everything you can.

If your startup disk is perpetually filling, DaisyDisk is for you

Voice commanded technology is on the up and up says stats

(TECH NEWS) Robots are at the forefront of tech advancements. But why should we care? Here are some noticeable ways robots are changing the world.

(TECH NEWS) Want to see into the future? Just take a look at what technology the tech field is exploring and investing in today — that’s the stuff that will make up the world of tomorrow.

Will AI take over copywriting roles? This tool hopes to make that a reality

(TECH NEWS) CopyAI hopes to give copywriters a run for their… well, WPM. But how much can AI fully replace copywriting skills? 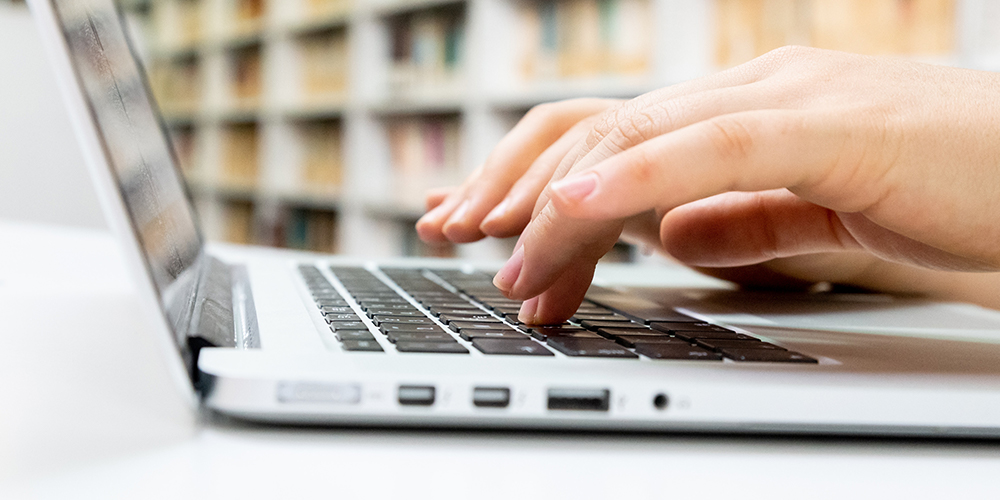 Copywriting is an important trade. Writers are often able to breathe life into otherwise formulaic websites peddling products which, sans the copy from those writers, might very well suffer a fate of relative obscurity. However, copywriters are also expensive, and their duties—indispensable as they may be—can be replicated fairly easily by little more than basic machine learning.

The question is this: Can AI replace copywriters? That’s a question that CopyAI hopes to answer with a resounding “yes”.

CopyAI is an “AI powered [sic] assistant for writing and brainstorming marketing copy.” This makes it a powerful tool to complement human writing, at the very least; is it enough to put people like me out of a job?

From my experience with the tool, no—at least, not yet. CopyAI can’t create an engagement strategy, respond to customers, spin testimonials to evoke heart-felt reactions, or analyze its own trends.

But that doesn’t detract from how freaking cool it is in practice.

CopyAI asks for very little from its user. Upon selecting a style of copy—Facebook Market, website carousel, or even page header, for example–you are prompted to enter the title of your product and a couple of short sentences describing it in the context of your ad. CopyAI does the rest, and while the results can be hilariously out of touch, you’re able to pick the ones that sound the most like your desired copy and then generate more options that sound similar.

The service has a huge number of different options for advertisement types, and you can use multiple different copy projects in one specific campaign.

Naturally, CopyAI has a few flaws, most of which replicate the problems we’ve seen with machine learning-based writing in the past: It doesn’t sound quite human enough to be comfortable. However, that’s a problem for a skilled copywriter to solve—and quickly, thus making something like CopyAI a potentially preferable choice for mass copywriting.

So, again, we ask: Is there a way for CopyAI to replace copywriters entirely in the future? Probably not. The copy it produces is intriguing, and often close enough that underfunded campaigns might find some value in using it short-term, but it doesn’t have the punch that a real person can pack into an advertisement.

That said, combining CopyAI with a small team of copywriters to reduce burnout—and repetition—could make for some very efficient work on the back end.