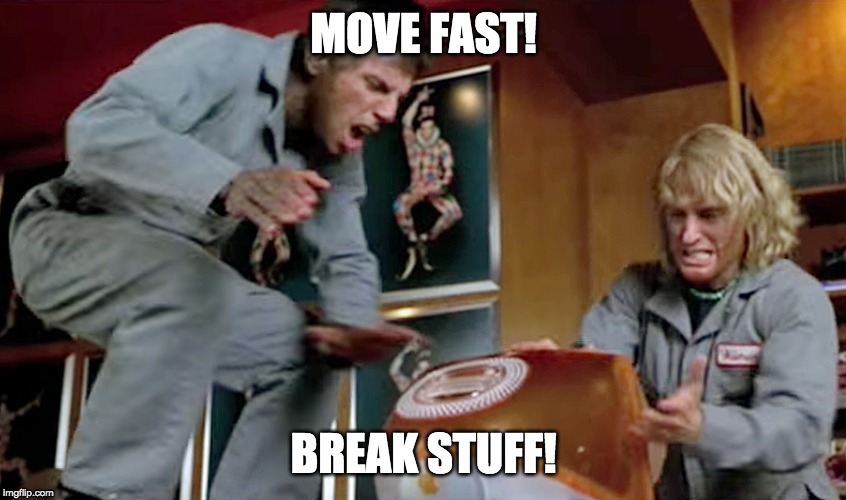 Time is running out for the decade. With less than 20 days left, it’s got us reflecting on the journeys of different economic sectors in the United States. And no industry has had a more tumultuous time of it than Big Tech.

A lot has changed in ten years. For starters, Americans have become increasingly disillusioned with Silicon Valley. The Pew Research Center found that only 50 percent of Americans believe technology firms have a positive effect on the country. That statistic is not too bad on its own, but that’s down 21 percent from only four years ago. Gallup found in 2019 that 48 percent of Americans also want more regulations on Big Tech. And The New York Times called the 2010s as “the decade Big Tech lost its way”.

Maybe that’s why big wigs at these tech firms have been quietly ditching a concept that was their Golden Rule in the early part of the decade: Move Fast and Break Things.

This concept is a modern take on the adage “you can’t make an omelet without breaking a few eggs.” For most of these firms, any innovation justified some of the collateral damage within its wake. And this scrappy “build it now and worry about it later” philosophy was a favorite of not just Facebook and Twitter, but also of many venture capital firms too.

But not anymore. Outlets from Forbes to HBR are saying this doesn’t work for Big Tech in the 2020s. Here are some reasons why it’s over.

The Move Fast and Break Things manta encouraged devs to push their coding changes to go live and let the chips fall where they may. But bugs pile up. Enter technical debt.

“Technical debt happens every time you do things that might get you closer to your goal now but create problems that you’ll have to fix later,” said The Quantified VC in an article on Medium. “As you move fast and break things, you will certainly accumulate technical debt.”

If enough technical debt comes into play, any new line of code could be the thing that topples a firm like a house of cards. And now that the consumer is used to tech in their daily routines, interruptions in service are extremely bad news for everyone.

As Mark Zuckerburg himself said it: “When you build something that you don’t have to fix 10 times, you can move forward on top of what you’ve built.”

To get back some of the trust that has ebbed from Big Tech over the years, firms can’t just keep with the Move Fast and Break Things status quo.

“The public will continue to grow weary of perceived abuses by tech companies, and will favor businesses that address economic, social, and environmental problems,” said Hemant Taneja in his article for Harvard Business Review. “Minimum viable products must be replaced by minimum virtuous products that … build in guards against potential harms.”

It’s not about chasing the bottom dollar at the cost of the consumer. Losing trust will hurt any company if left unchecked for long.

There’s a cap on advancement in our current technological state. It’s called Moore’s Law. And we’re rapidly approaching the theoretical limits of it.

“When you understand the fundamental technology that underlies a product or service, you can move quickly, trying out nearly endless permutations until you arrive at an optimized solution. That’s often far more effective than a more planned, deliberate approach,” said Greg Satell in his article for HBR.

Soon enough, Big Tech will be in relatively new waters with quantum computing, biofeedback and AI. There’s no way to move as fast as these technology firms have in the past. And even if they could, should they?

Big Tech has experienced major growing pains since the dawn of our new Millenium. And now that some firms are entering their 20s, there’s a choice to be made. Continue to grow up or keep using an idea that’s worn out it’s welcome with the consumer and that has no guarantee will work with future technologies.

In this article:big tech, tech news, The News