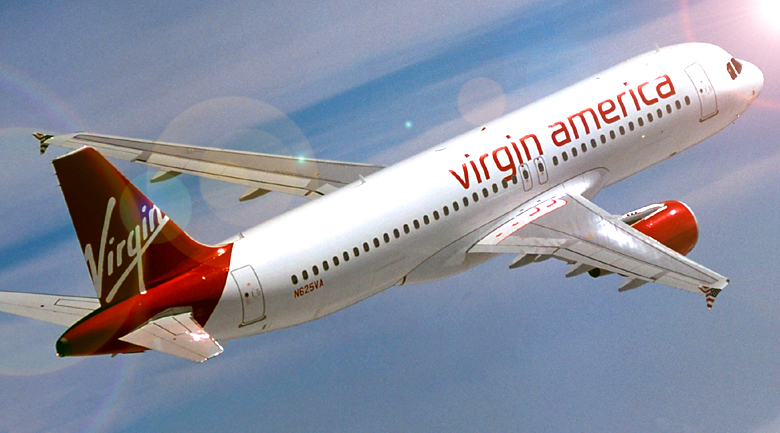 Virgin America gets creative with technology

If trying to strike up an actual verbal conversation in an airplane is intimidating for you, Virgin America offers a solution. A new feature, called seat to seat chat, will allow you to chat with your fellow passengers, order a stranger a drink and flirt, whether it’s the person sitting next to you or someone in first class.

The potential for sexual harassment and in-flight fights between a slighted boyfriend sitting next to the person of interest aside, the creepiness factor is certainly concerning, but it could potentially lead to a business conversation (“I saw the Oracle logo on your carry on, I used to work there, do you work there?” and “I dropped the card you gave me in the lobby, can we connect again?”).

A number of the supposedly real chat messages during flight have begun popping up online in response to this new feature and in some cases are quite crude, albeit humorous at first glance.

The samples include everything from mock in-flight love affairs to wrestling threats, horrible puns, and James Bond 007 references, like so: 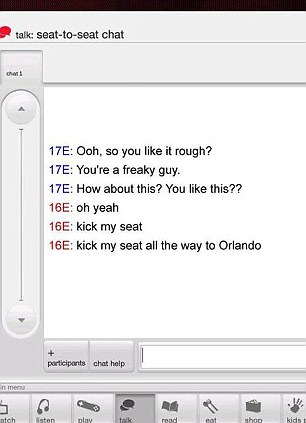 Screenshot courtesy of the Daily Mail.

After giving three outrageous ideas for in-flight wooing, like giving her a puppy, having a space ship do a sky writing or tandem pole vaulting into a hot air balloon, Sir Richard offers this final tip, “If you need a more a more cost-effective alternative, try treating him or her to something delicious using the new seat-to-seat feature.”

While the in-flight video is a bit shaky and delayed, the message is clear: there are business applications intended as well as the flirting.

The real question is; however, will this feature, now a new novelty, take off and propel Virgin into the upper stratosphere for airplane travelers? Sir Richard is betting on it and gives “your chances for deplaning with a plus one are at least 50%” from using the new feature.

In this article:seat to seat chat, Tech, virgin america