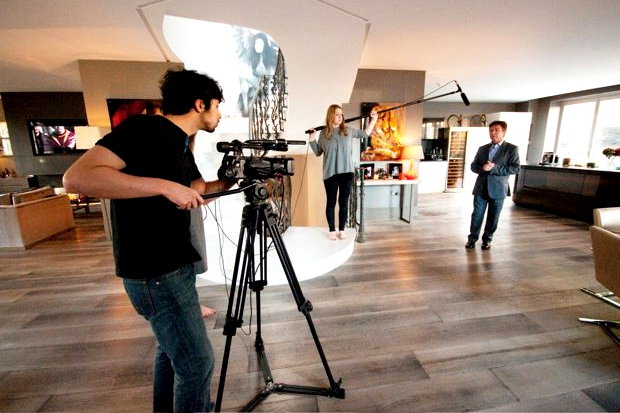 With the rise of web video, it is not shocking that 84 percent of the American web audienced viewed online video in January, making video an ever increasingly attractive marketing tool for companies looking to create video or place ads alongside videos. New data from comScore reports that 181 million U.S. Internet users watched nearly 40 billion videos of online video content in the month and that the duration of the average online content video was 6.1 minutes, while the average online video ad was 0.4 minutes. Video ads accounted for 12.2 percent of all videos viewed and 0.9 percent of all minutes spent viewing video online.

According to comScore, Google Sites, driven primarily by video viewing at YouTube.com, ranked as the top online video content property in January with 152 million unique viewers, followed by VEVO with 51.5 million, Yahoo! Sites with 49.2 million, Viacom Digital with 48.1 million and Facebook.com with 45.1 million. Nearly 40 billion videos views occurred during the month, with Google Sites generating the highest number at 18.6 billion, followed by Hulu with 877 million and VEVO with 717 million.

Businesses looking or create original videos or ads to be featured on videos are now offered viewers that are not simply passing eyeballs, rather spend 22.6 hours per month watching videos which means they are perceptive to the medium, making it highly attractive for marketers. The other side of the same coin is that because consumers are spending so much time watching video, tastes are slowly refining and are less forgiving of shaky amateur video. Consumers were once accepting of black and white television but now watch 3D movies from their own sofa, just as wobbly home videos made by small businesses were once the norm, but consumers now expect production value.

This means that video is (and honestly has been for a while) a game wherein only the fittest survive, so businesses looking to implement video will need to do their homework before jumping in to the medium that is both lucrative yet highly competitive. 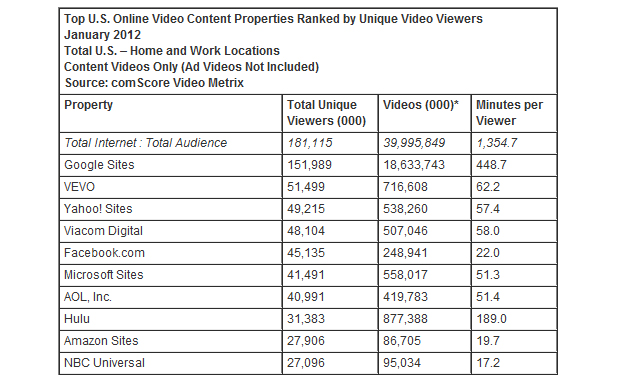