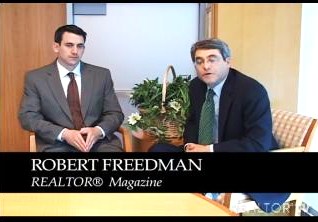 The above video is of Realtor Magazine Senior Editor, Robert Freedman and Ken Fears, Manager of National Association of Realtors (NAR) Regional Economics discussing how the current proposal to require 20% down on all mortgages would impact the housing sector.

According to the Federal Reserve Board, “Six federal agencies have approved and will submit a Federal Register notice that extends the comment period on the proposed rules to implement the credit risk retention requirements of the Dodd-Frank Wall Street Reform and Consumer Protection Act. The comment period was extended to August 1, 2011, to allow interested persons more time to analyze the issues and prepare their comments. Originally, comments were due by June 10, 2011.”

In light of the extension, Freedman writes, “The good news is that Congress has heard the concerns of NAR and others and asked banking regulators, who proposed the rule, to push back its deadline for accepting public comments on its rule. Dozens of members of the Senate and almost 150 members of the House wrote to the banking regulators asking them to delay the comment deadline, and regulators responded with an extension to August 1 from June 10. The delay makes clear that regulators heard Congress’ concerns about moving too quickly on such a potentially destabilizing rule.”

QRM and the housing crisis

While the housing crisis is still in full swing and history hasn’t written itself yet, there is not a consensus as to where the finger of blame should be pointed, but there is most definitely a consensus that housing is a disaster. Home prices continue to slip in all major metropolitan areas besides D.C., sales of existing and new homes aren’t what anyone would consider to be hot, and although mortgage rates are reasonable, some claim they will soon rise regardless of the status of the economy. One top economist says that there is no double dip yet because we haven’t even hit the bottom. Uh oh.

NAR critics will call the video above fear mongering, but all of the economic indicators we closely monitor are consistent with their claims and we agree that the QRM proposal would be detrimental to the housing sector.

Click here if you cannot see the video above. AGBeat is not affiliated with NAR.