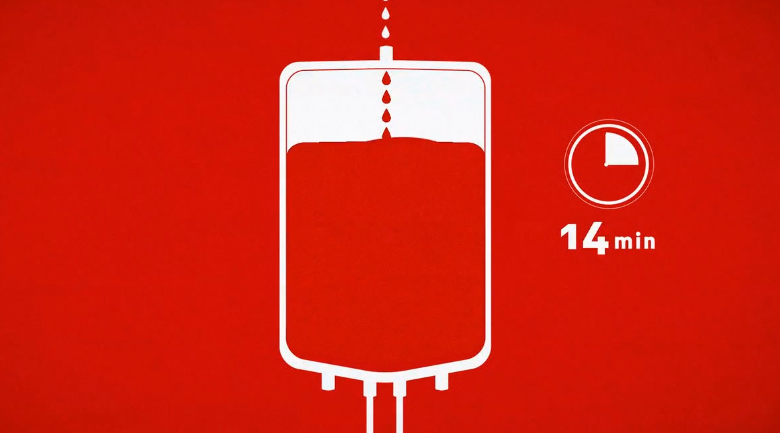 Brilliant. Simply Brilliant. When faced with needing to advertise “Blood Donors Week” and to recruit donors, Hemorio, Rio de Janerio’s State Institute of Hematology, which is in charge of collecting blood donations, decided to partner with the advertising agency Binder Visao Estrategica. The concept is clever, simple, and quite effective.

The ad was placed in a newspaper and dubbed, “Tiny Hole”, features an image of an arm with a tiny hole that has been punctured through the entire section, while keeping it completely readable.

It proved to be an interesting way to draw attention to the ad hidden within the pages of the magazine, while leaving a lasting impression with the reader. The hole was to show that it makes little to no difference in the donor’s life, other than the average 20 minute donation time, but could save up to four people’s lives with that one act.

How the campaign was executed

Together, Hemorio, and the Binder ad agency also organized a donation event. A specific day was touted as, “…one whole day when people can go and donate blood. It’s not that they don’t accept donations on any other day. However, the sense of “togetherness” added to the motivation.”

Hemorio took a chance on the unique ad campaign, a chance that paid off in staggering numbers – the resulting participants ended up being four times higher than the previous record of Hemorio events, and the donors’ numbers were three times bigger. In two days, there was enough blood donated to save 2,732 lives, and is reported as being their most successful campaign to date.

The simplicity of the ad definitely echoed the simplicity of actually donating blood. One “tiny hole” doesn’t make that big of a difference. Yet, that statement contributed to its effectiveness as well; there was no need for a new and hard-hitting advertising scheme. The tiny hole spoke louder than any large print or excessive color could have. It caught readers’ attention, and when the ad was viewed, the hole in the arm set the ad apart while proclaiming its message loudly and clearly.

In this article:advertising, blood donors, Marketing