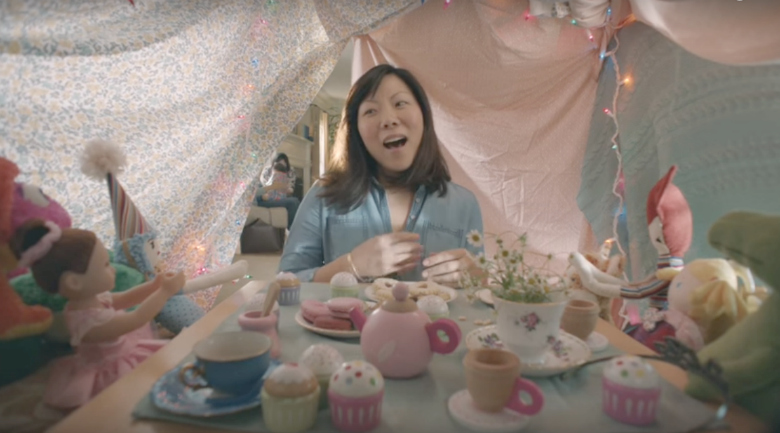 While Chris Rock, Mad Max: Fury Road, and Leonardo DiCaprio’s best actor win (finally!) were all the talk following the 88th Academy Awards, commercials during the show were some to remember. Kohl’s took home the award for most memorable ad campaign as they used humor to appeal to the audience.

Read also: This Play-Doh campaign is so perfectly snarky, pokes fun at tech

Almost reminiscent of Super Bowl commercials, Kohl’s launched a campaign that related directly to what the viewers were tuning in for. Commercials featured everyday people celebrating everyday “accomplishments”.

The first to be aired showcased a man watching television with his wife and daughter. After his daughter states that her dad should be the one to choose the movie they watch, the man stands in elation. He then begins to lip-dub the acceptance speech given by Cuba Gooding Jr. after he won Best Supporting Actor for his role in Jerry Maguire.

Another featured a girl heading to her mom’s car to go off to school. Her older brother sits in the backseat and allows the girl to ride in the passenger seat. The lip-dub becomes the famous acceptance speech given by Whoopi Goldberg following her Best Supporting Actress win for Ghost.

Two additional ads featured a young boy reacting to be allowed to have a friend sleepover with Jeff Bridges’ Best Actor acceptance speech for Crazy Heart; the other was a woman is asked to play the role of a ‘duchess’ at her daughter’s tea party, and reacts with Penelope Cruz’s Best Supporting Actress acceptance speech for Vicky Cristina Barcelona.

While these commercials highlighted the everyday “accomplishments”, Kohl’s had an accomplishment of their own by instigating this brilliant campaign. The company used the obvious knowledge that movie fans would be watching the awards show, and designed a campaign that would be memorable within the minds of those fans.

Another ad campaign that pulled at the heartstrings of movie fans was Android’s rock, paper, scissors ad that featured the song “Man in Motion” from St. Elmo’s Fire. By taking the simple concept of actually appealing to your audience, these ads left resonance for viewers. These clever ads are a blatant reminder of the importance of using your brand to appeal to your audience.