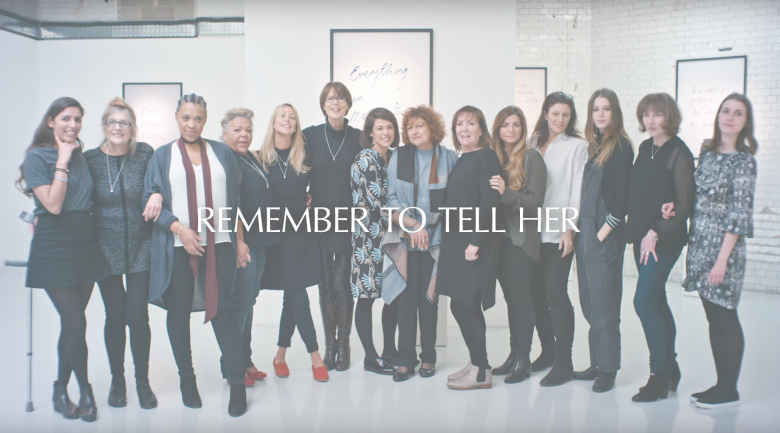 “Unique as we are”

Just in time for Mother’s Day, Pandora drove home its latest message “Unique as We Are” with an equally unique series of videos currently posted on YouTube (but airing nationwide in time for the holiday).

Here’s one to give you an idea of what they’re up to:

Pandora set up an experiment and got eight daughters to write a unique sentence. “Defined by shared experiences and extraordinary qualities passed on from one generation to another,” the celebrated jewelers then decided to explore whether it is possible to connect mothers and daughters through a single, anonymous yet personal message.

The messages were inspired by a daughter’s own mother’s words of wisdom once (or many times) passed on to her during life. Many messages took form as a “Thank You” or appreciative acknowledgment of a certain way of living.

According to its website, “Pandora then asked if the mothers could find their daughter’s unique message in a room with all of the messages hung as a beautiful exhibit display in faux museum.” Without help, the mothers walked around and had to choose which one they believed to be from their daughter. Needless to say, all mothers found the right one (message that is).

And because this is a video campaign, Pandora had each daughter appear via iPad to explain to their moms why they had written the specific message and how thankful they were of their mothers.

A great example of video marketing at its best, Pandora knows how to appeal to its demographic. It’s not for me to take the roles of either Siskel and Ebert but I wonder if the idea could have been just as effective in a more local setting: In someone’s house as opposed to a museum. Regardless, if anyone needs a huge “Thank You” it’s all the mothers in the world.

And if you want to toss in a diamond pendant that wouldn’t hurt either.

In this article:customer, jewelry, Marketing, Pandora