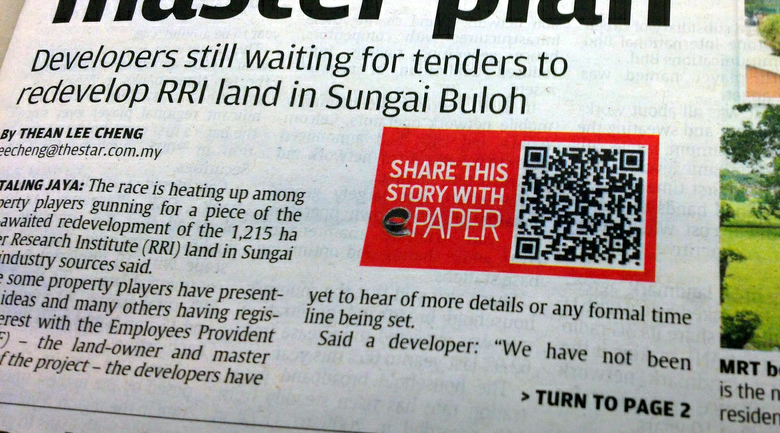 Scannable QR codes have been around for quite some time, allowing smartphone users to point their phone at a code that functions like a bar code, bringing the phone’s browser to a specific website. New comScore data1 reveals that 14.5 percent of smartphone users in the EU5 (France, Germany, Italy, Spain, and the UK) scanned a QR code or bar code with their device in the first quarter of 2012.

Many consumer technologies go mainstream in Europe before American audiences catch on, and the rise of QR code use in these nations could imply a potential for their growth in the states.

QR codes used in marketing efforts did not enjoy equal effectiveness across mediums, as only one in ten smartphone users that scanned QR codes scanned business cards or brochures, and only one in three scanned a poster, flyer, kiosk, or website.

A higher percentage (38 percent) scanned QR codes on product packaging, but by far, the best performing QR code use in the first quarter were codes featured in magazines and newspapers, as half of all smartphone users that had scanned QR codes had done so in a magazine or newspaper. Results were too scant to measure for billboards or signs, despite some marketers’ best efforts.

Why magazines and newspapers?

There are several reasons that print is the most effective delivery mechanism for QR codes. First, consumers of print media are taking their time to actually consume the medium, rather than web users who often skim material, or drivers who cannot safely scan a billboard at 70 miles per hour. Secondly, print has the means to explain what a QR code is or how to use the QR code, whereas flyers or mailers are typically limited on space or attention span to get consumers to understand the necessary steps.

QR codes have quite a way to go before going mainstream, as consumers have short attention spans that are decreasing every day. Some suspect augmented reality will supplant QR codes before they ever go mainstream, but the jury is still out, and at least in Europe, the most effective delivery mechanism for QR codes is magazines and newspapers. 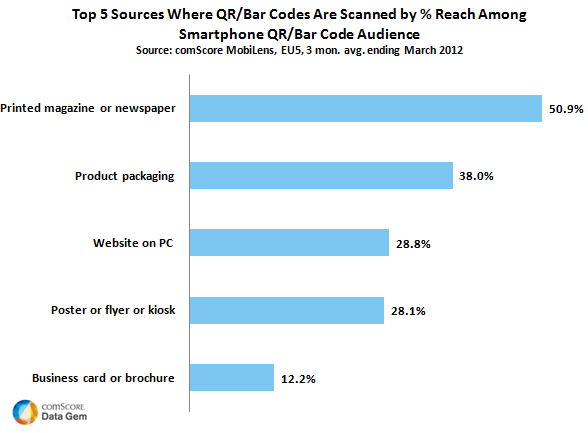