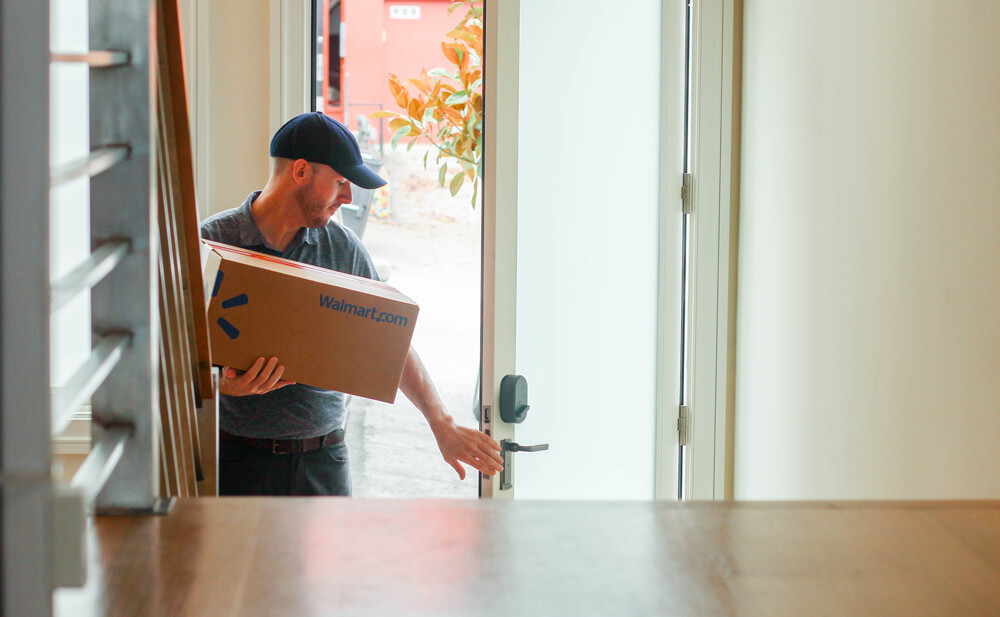 In the latest example of a pissing match between two corporate entities, Walmart is attempting to outdo Amazon’s porch-based grocery deliveries—by delivering groceries all the way into your refrigerator.

Read also: Walmart and Amazon at it again but this time Walmart brought backup

Thanks, Walmart. That walk from the porch to the fridge was such a friggin’ deal-breaker.

This is a fantastic example of the phrase “less is more”, as long as the “less” in the equation is “subtlety” and the “more” stands for “patently unnecessary invasion of privacy.”

The idea is that the service is for consumers who don’t have the time (or perhaps the existential drive) to find, load, and then unload their own groceries.

Additionally, the system itself seems bulletproof from the outside looking in (which, if you didn’t know, is the best kind of bulletproof). Walmart is partnering with a smart lock company called August Home for the “in-fridge delivery” endeavor; employees will be able to open the lock with a one-time use code, and then the door locks behind them as they leave.

It’s a surprisingly well-thought-out solution to what appears to be an outright ludicrous idea.

This practice is risky at best, and entirely asinine in most contexts if we’re being realistic.

Sure, a smart lock with a one-time code keeps employees from accessing your house with a copied key or a known key code, but that doesn’t change the fact that there are strangers inside of your house while you aren’t there.

Even if you had the most comprehensive security camera setup imaginable (August Home provides minimal camera coverage), would you feel entirely comfortable with that?

To further the point, is your time-crunch so debilitatingly massive that you would rather chance having random people putting food in your fridge than just pick up the groceries yourself?

In an effort to compete with Amazon’s delivery feature, Walmart clearly decided to play a literal game of “who can objectively do more”—and in doing so, they failed to realize that this is just too much.

That being said, the service is currently being tested in Silicon Valley on a small basis. If it turns out that people do value not shopping over basic privacy, Walmart’s “in-fridge delivery” will potentially roll out on a larger scale.

In this article:amazon, marketing fail, The News, walmart