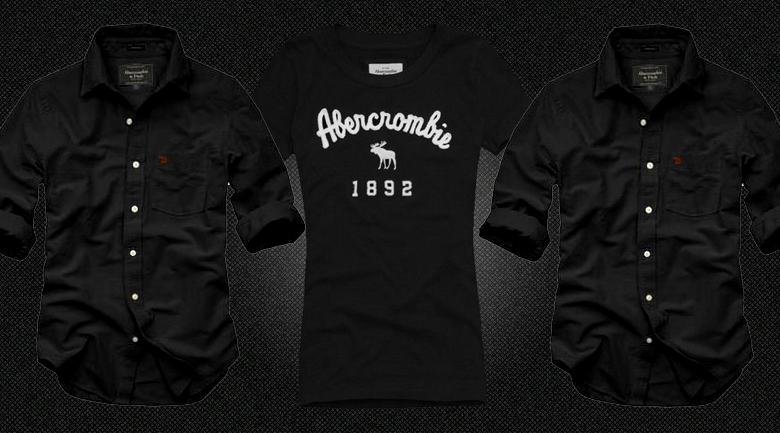 Abercrombie & Fitch at it again

Abercrombie & Fitch is no stranger to grabbing headline for controversial, questionable, and even just plain strange policies, but the brand’s newest move is both fascinating and odd. Abercrombie will reportedly no longer carry the color black in any of their stores, banning employees and even corporate employees at headquarters from wearing it and removing the color from their line completely.

You already know the brand does not want to sell to “uncool kids” or “unattractive people,” and that Abercrombie CEO, Mike Jeffries has set corporate jet dress code at Abercrombie jeans, polos, flip flops, sweatshirts, and a winter coat, but no jewelry of course, except for wedding rings or watches. Some call it quirky, others call it pompous, but either way, he is the boss and can determine the brand’s direction.

The real reason behind the move?

This new move is interesting, because an anonymous employee tells Business Insider that Jeffries himself has banned black. “Management will tell people that Mike hates the color, and so we’re not supposed to wear it to work,” the employee said. “It even applies to coats in the winter.”

Is this removal of one of fashion’s most classic and basic colors from their line a move to appease an eclectic CEO, or is it a master excuse to get news outlets including ours to talk about the brand and indirectly generate sales from people curious about how an entire fashion brand can eliminate one of the most common colors? Either way, they’re demanding headlines and while it isn’t as negative as his saying fat people shouldn’t wear their clothes, some will likely imply it is has racial undertones.

Most, however, will believe as we do, that Jeffries has a very specific vision for the brand, which includes grabbing headlines.