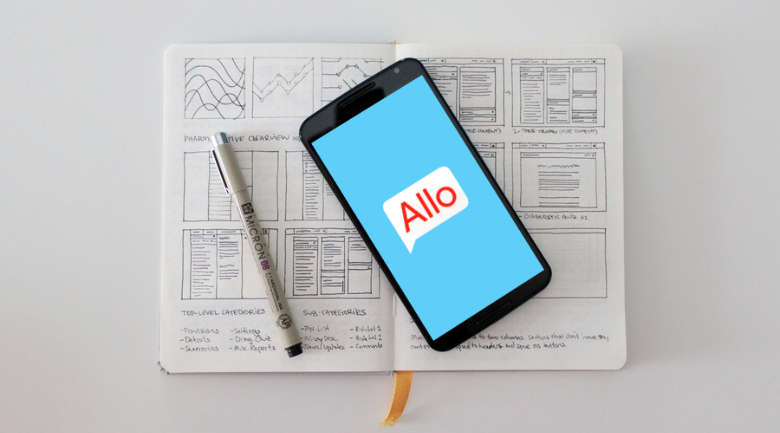 Yep, it’s another one

If you’re like me, you’re already communicating on too many apps: iMessage, SMS, Snapchat, Whatsapp, Facebook Messenger, Hangouts. And that’s not counting all the different Slack channels for work and online dating apps. Someone sent me a direct message on Instagram yesterday and I refused to answer in kind. I’ve had enough.

But it isn’t that I’m against finding a one-stop-shop of messaging apps. That sounds great. It’s that I have friends who use each of those as their primary mode of communication. To keep up with all of them I have to continually switch back and forth. But Google swears this is the one app to rule them all, with shiny new features and shiny old features too.

What makes it different

A new feature called Google Assistant claims to eliminate the need to leave the conversation.

Sort of an embedded Siri, you can use the AI to look up the address of a restaurant or find out the name of that one guy in that one movie without leaving the chat interface.

You type @Google a lá Slack to invoke the power of the AI helper.

Incognito mode offers a super secret way to chat that includes encryption on both sides, messages that expire, and notifications that don’t spill your personal business all over your lock screen.

What makes it the same

You can use Allo to message people who are not on Allo through SMS. Hopefully this will work better than me trying to iMessage pictures to my android-using friends which has only ever ended in confusion and heartbreak. It’s 2016! I just want to show my BFF I cooked a thing!

Google is offering “a rich canvas” of features like emojis that get big or small, a drawing feature, and custom sticker packs.

If this sounds a lot like the new iMessage system, and also Facebook Messenger, it’s because it is.

What people are saying

Reviews have already been mixed. One reviewer pointed out that Google is at odds with its values of privacy and AI with this app. You have to tell it to not store your messages, and if you do, it won’t learn if you like to respond with a “haha” or a “LOL”.

And, while you can doodle on pictures and send audio and video recordings, you still have to switch apps to send things like documents or music. Fail.

You can only use Allo on one device at a time so if you lose your phone, you’re out of luck.

You’d think Allo would play nice with other Google communication apps like Hangouts and Duo, but so far it doesn’t.

The app is smooth and pretty, but Google will need to make it socially ubiquitous for it to really work, and they might not be able to do so without fixing these big things soon.

Until then, Allo will sit in the folder I have on my phone for messaging – yes, a whole folder of apps for messaging – while I fantasize about sending all my friends owls to invite them to dinner.

In this article:Allo, App, google, Messenger, The News