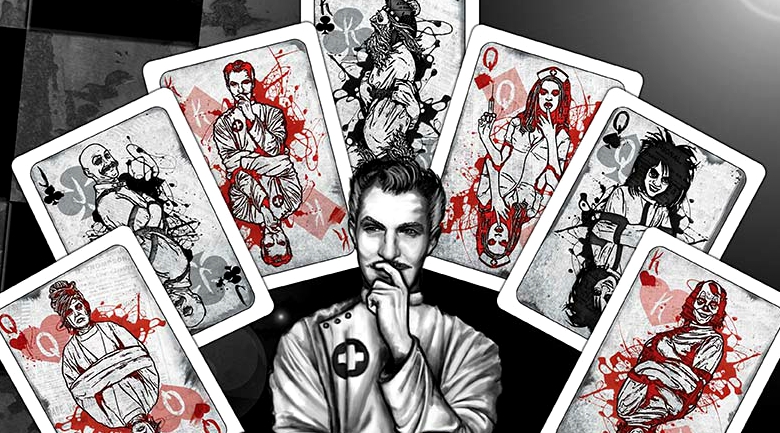 In the original crowdfunding project, Altius Management raised $25,000 from 810 backers. The rewards for the campaign were set to be delivered in December 2012, but when the suit was filed in April, 2014, nothing had been sent.

Washington State filed a lawsuit against the company for failing to deliver their product and not offering refunds. The suit only applied to 32 people, the backers who lived in Washington state. The defendants were fined around $54,000, for restitution, civil penalties, and attorney’s fees.

And now Asylum Cards are being mailed out

Just recently, backers on the crowdfunding site stated that they have received their cards, which was the reward for funding the project. Beginning on July 24, there are comments on Kickstarter that indicate cards have been shipped out.

“I got mine today… at an address I lived at years ago… Luckily a friend was still living there,” posts Dustin Harley Brown. Not all the backers are happy, on September 2, Lauren Buxton posted a comment “Still haven’t seen mine yet.”

Does this change any legal actions?

Does shipping the rewards make a difference in the Washington case? According to a spokesperson from the AG’s office, the judgment is independent of any product shipments. Because the judgment only applied to residents of Washington state, there’s still the potential for backers who live in other states to file a complaint with their attorney general if they don’t receive cards.

Comments posted by Altius Management on Kickstarter are only available for backers of the project. We have no idea what they’ve said to the people who believed in the project.

Although there are many more consumer protection agencies today which is moving America away from the “caveat emptor” business model, in crowdfunding, it’s always a risk. In 2014, Kickstarter updated its Terms of Use to make it easier to sue a Kickstarter creator.

However, creators meet their obligations provided they keep backers updated and make a reasonable effort to complete the project. If they cannot fulfill the reward, they have to offer any remaining funds to the backers or make explanations to complete the project. Kickstarter makes it perfectly clear that they are in no way liable for an unfinished campaign.

How to handle secondhand stress at work (it’s a real thing!)