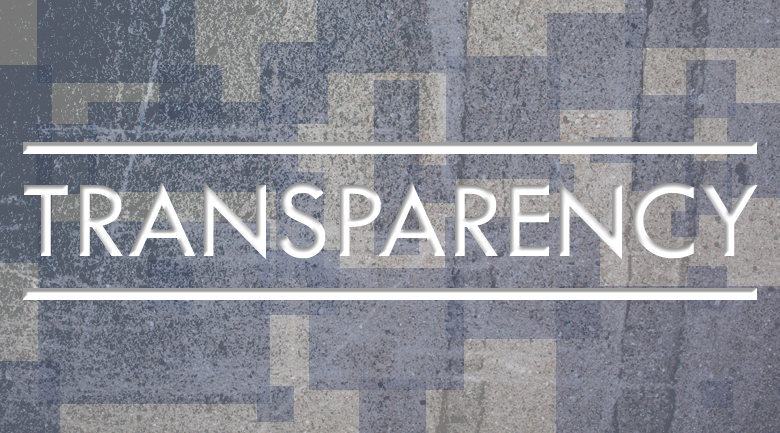 Transparency is more than a buzz word

If you’ve been online at any point in the last decade, you’ve been beaten over the head with the concept of transparency, with extremists insisting your books be open while moderates asserting that your culture benefits from being up front with consumers. No matter where on the spectrum you fall, transparency has become a modern business tool that improves brands of all sizes.

But maybe you’re in an industry that transparency is not kosher – law firms, for example, would never benefit from making their cases and negotiations public. Security firms would do a disservice to their customers if their methods were made public, and so on.

But transparency isn’t just for your brand’s external communications, it can also be for your internal transparency.

Ian Small, CEO of TokBox says that internally, he shares a list of the company’s five most important activities over the next two to three months.

Small said, “If the task is a top-five item – or an item ranked higher in the top five than the activity you’re already working on – then you stop what you’re doing and help.”

This internal transparency is simple and effective, but gives your entire company a view of the bigger picture. Often, employees get lost in the corn maze of their own task list and can’t see the vision of a brand, and not all brands subscribe to the idea of constant meetings, a popular way to beat a brand’s vision into employees’ brains.

Small creates the list based on milestones, the company’s calendar, and key activities. He then sends a draft of the top seven priorities to his management team, and they debate until the agenda is set, repeating the cycle every 45 days.

There are tremendous benefits to this method, Small says. In his own words:

Another method of adding internal transparency

In addition to making your company’s goals clear and setting every employee’s prioritization, many brands make their culture clear through their mission statement. Mass Relevance has even printed their values and displayed them as art in their offices:

The best seat at @massrelevance…on couch overlooking our values. pic.twitter.com/Jxj5sUMfLB

Your company’s values can also be displayed as art, or creatively added to the office space to be memorable (like etching them on all bathroom mirrors, for example).

Transparency is more than a buzzword, it is a valuable tool. No matter your industry, internal transparency can boost morale and help keep your brand on track.

In this article:business leadership, entrepreneur, transparency