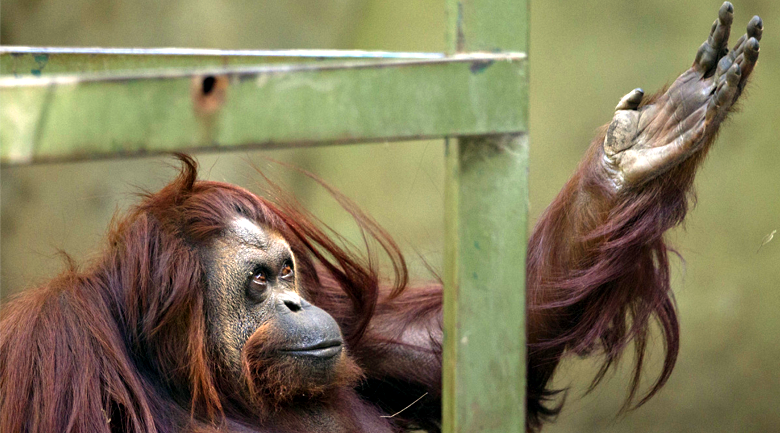 Sandra the orangutan ruled to be a “non-human person”

In a landmark decision for animals and animal rights activists, a Buenos Aires court has unanimously declared Sandra, an orangutan living in the Argentinian zoo, to be a “non-human person” with an inviolable right to freedom. The zoo has a short time to appeal the decision, but will most likely be ordered to release Sandra to a nature sanctuary. Sandra is a twenty-eight year old orangutan who was born in captivity in Germany before being transferred to the zoo in Argentina in 1994.

It isn’t unusual for a court to order the release of an animal if is being blatantly neglected and abused. However, this may be the first time in history that a non-human animal has been awarded the protection of habeas corpus, a legal principle designed to prevent prisoners from being held without just cause.

Read also: The rise of visual storytelling in marketing

The case was brought to court by the Association of Professional Lawyers for Animal Rights (AFADA), who argued that Sandra is sentient, self-aware, fosters emotional connections with other animals, uses reasoning to make decisions, and understands time; therefore, she is intelligent enough to suffer from her confinement and deserves the right to freedom.

AFADA lawyer Paul Buompadre celebrated the victory, saying it “opens the way not only for other Great Apes, but also for other sentient beings which are unfairly and arbitrarily deprived of their liberty….”

Potential global impact of this ruling

Argentinian businesses, such as zoos, circuses, hunting grounds, and laboratories will undoubtedly take note of the legal precedent set by this case, as it may impact their ability to maintain animals, especially Great Apes, in captivity. Furthermore, the international animal trade may be affected, as buyers may come up against this decision when seeking to purchase animals from Argentina.

However, businesses in the US are unlikely to be heavily influenced by the decision, as US courts have consistently ruled against attempts to use habeas corpus to protect the rights of animals. A San Diego court threw out a case arguing for the release of five orca whales from Sea World, and another US court argued that, because Tommy the Chimpanzee was incapable of bearing the legal and social responsibilities expected of humans, he did not earn the right to be protected by the writ of habeas corpus.

Nonetheless, animal rights activists are optimistic that the decision in the case of Sandra the orangutan could set a powerful precedent for extending human rights to other non-human animals around the world. Those involved in animal trade or in laboratory animal testing should pay close attention.