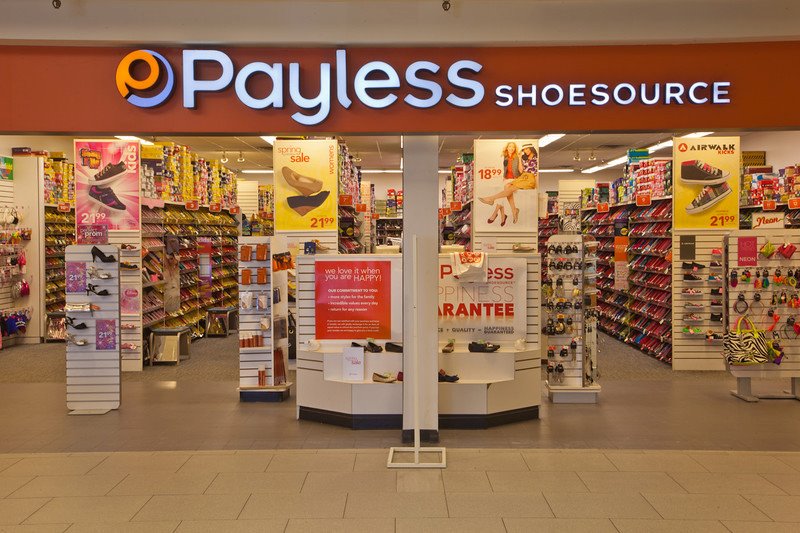 Another one bites the dust

It’s no secret that America’s malls are a dying breed. After a string of mall chain bankruptcies, Payless has finally admitted defeat and, as expected, filed for Chapter 11 bankruptcy on Tuesday.

The initial filing estimates that the company owes between $1 and $10 billion in debt. Where will we buy our cute, affordable shoes?

Not a total closure

Payless executives aren’t ready to totally give up the ghost, though. They say the plan is to go through the Chapter 11 process and reorganize.

They’ve announced plans to close ten percent of their 4,000 stores – so about 400 malls may be shuttering their Payless doors in the near future.

To find out whether your local mall will be waving a tired goodbye to its Payless store, keep an eye on this site for store closure updates. (May 2017 UPDATE: Payless no longer has a published list of store closings on their site.)

“This is a difficult, but necessary, decision driven by the continued challenges of the retail environment, which will only intensify,” said Payless CEO Paul Jones in a statement. “We will build a stronger Payless for our customers, vendors and suppliers, associates, business partners and other stakeholders through this process.”

2017 has already been a bad year for mall retail chains. There have been more retail bankruptcies in the past three months than in all of 2016. Payless joins colleagues like Wet Seal, Aeropostale, American Apparel, The Limited, MC Sports, Eastern Outfitters, Gander Mountain, BCBG Max Azria, RadioShack, hhgregg, and Gordmans.

Most of the companies now facing bankruptcy were previously bought out by private equity firms during earlier downturns in the retail industry, and are now facing mounting debts.

The bigger issue here is the retail paradigm shift.

Unless brick and mortar stores come up with a compelling way to compete with online retailers, there will be nothing but bankruptcy and closure in their future.

And judging from the way things have been going so far, it’s going to get a lot worse for physical retail before it even has a chance of getting better.

The future of malls

We might see a comeback eventually, but not before many malls face a long stretch of empty storefronts.

I can picture malls transforming into conference centers and event spaces – large spaces for keynote speakers and conference-wide mixers, and smaller shop spaces for demos, popups, and smaller talks and panels. But more likely than not, the suburbs are just going to have a bunch of big, empty lots on their hands.

In this article:bankruptcy, Payless, The News