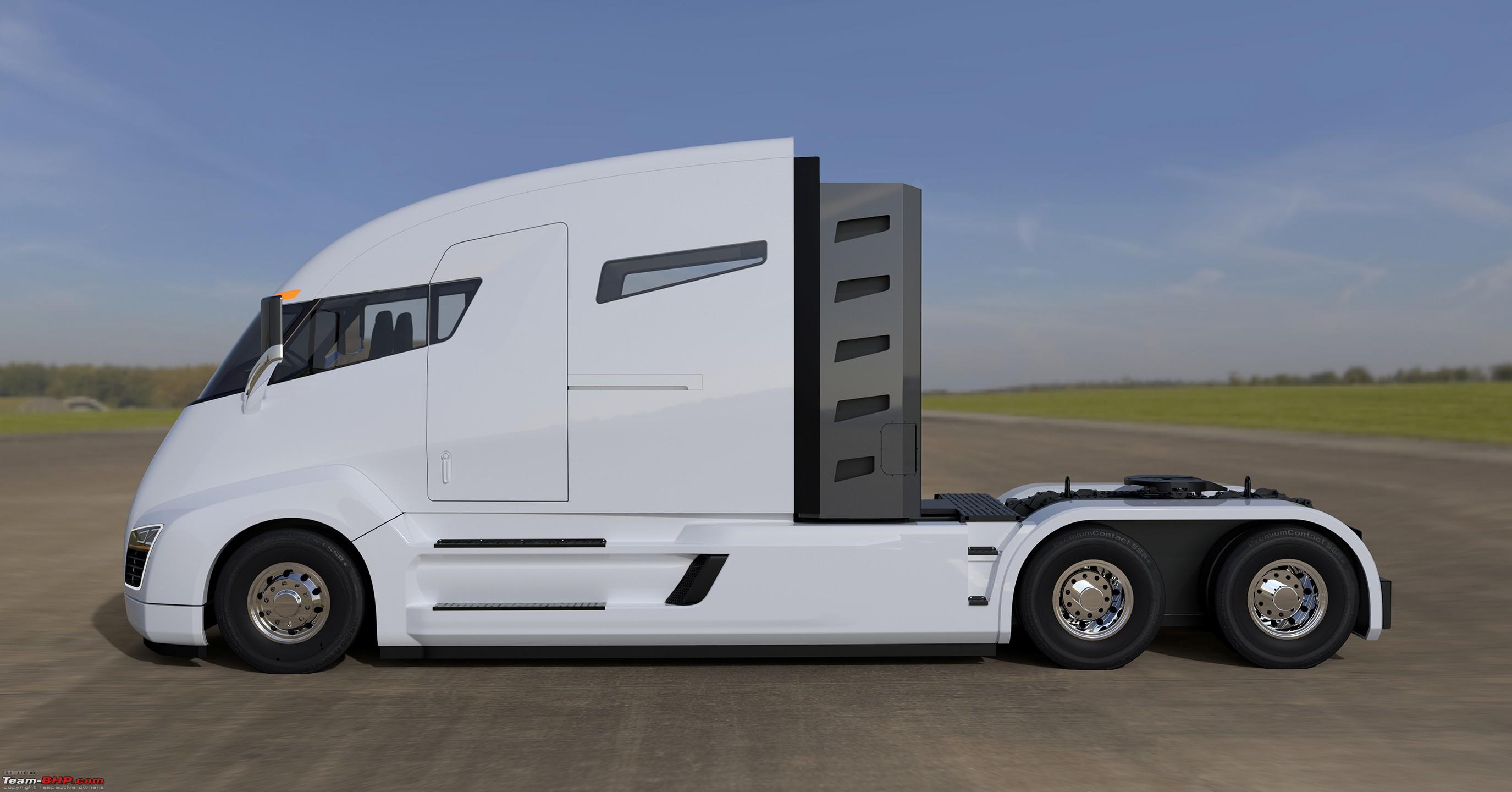 When it comes to innovative competition, Tesla is all over it, including the trucking business. As promised in his TED Talk back in April, CEO Elon Musk announced they would be unveiling an electric Tesla semi-truck.

Read also: Will Tesla bow to pressure to stop using the term “autopilot”?

The truck will not be officially revealed in all its futuristic glory until October 26th, but Musk has given us some insight as to what features will be available in addition to a teaser photo of the big rig. I can’t help but think of The Iron Giant when I look at it, but there’s no doubt about it this thing is a beast.

The battery-powered semi is described as being long range and heavy duty with the highest weight capability meant to alleviate the heavy-duty trucking loads, which according to Musk, people these days don’t think it can be done.

It’s also been stated that the electric trucks can out-torque any diesel semi, even going so far as to say if there were a tug-of-war competition the Tesla Semi will tug the diesel semi uphill.

Beyond what’s been shared in the TED Talk and on Elon Musk’s Twitter page, there have been some leaked details of what we may expect worth mentioning.

For one, Tesla has been working with truck makers on the vehicle’s design, according to Business Insider.

This is to ensure that needs are met by all companies involved, though at this time there’s been no word on who is currently partnered with Tesla for the fleet of electric trucks but it’s possible this could be announced during the big reveal next month.

What presents a potential problematic scenario is the fact that the trucks can go 200 o 300 miles on a full charge while your standard diesel 18-wheeler can travel upwards of 1,000 miles on a full tank of gas. So what does this say for the truck drivers in these vehicles? More frequent stops? Do they have to have extra batteries on hand?

One proposed solution was the idea of a “battery swap” at designated stations, or the ability to flash charge the batteries as needed.

This could open up a whole new line of business for electric car, or at least the Tesla semi-trucks that need to get back on the road as quickly as possible.

Tesla is projected to reach full-scale production for the big rigs sometime in 2019, and begin deliveries in 2020.

In this article:battery, semi truck, tesla, The News