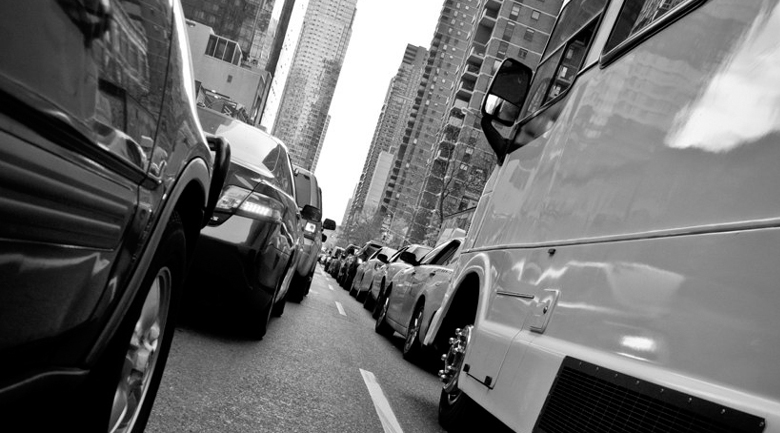 Worst traffic jams in the nation

There are some cities that are famous for having horrible traffic, for having massive crowding, and general congestion, but other cities have landed on the Top 10 worst traffic cities that are more surprising. Los Angeles tops the list after falling behind Honolulu in the previous year, which INRIX says in their Traffic Scorecard Annual Report is in part to the area gaining 90,000 jobs in February 2013, the fastest annual growth since the recession began.

The company reports that congestion fell nationally for two years, rising again in 2013. In the first quarter of 2013, congestion is up 4.0 percent compared to 2012 which INIX says is a sign of an improving economy.

“Fears over recurring fiscal deadlines and ongoing debt issues last year likely fueled declines in traffic congestion, with businesses and consumers alike taking a ‘wait and see’ approach,” said Bryan Mistele, INRIX president and chief executive officer. “While bad news for drivers, the gains we’ve seen in the U.S. and a few countries in Europe in 2013 are cause for some optimism about the direction of the economy.” 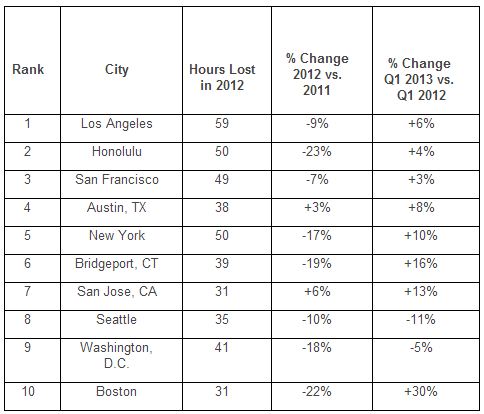 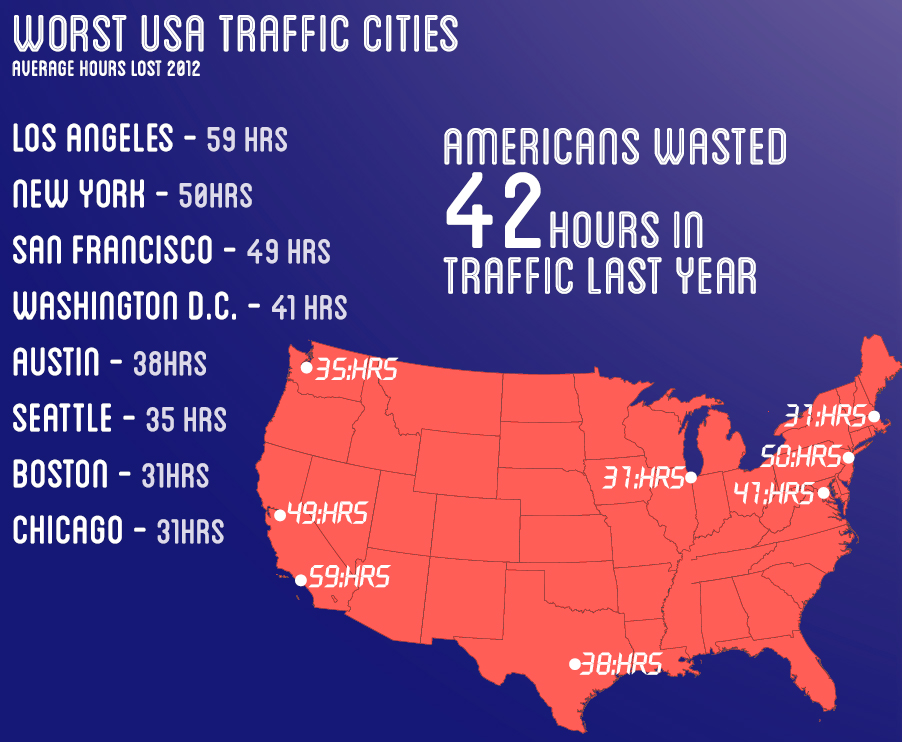 Most congested freeways in America

Additionally, the Scorecard uncovered several other interesting trends regarding national commute times during rush hour. According to INRIX, the worst times to be on the roads in terms of delay are weekday mornings between 7-8 a.m. and weekday evenings between 4-5 p.m. The busiest morning commute hour is Tuesday from 8-9 a.m., and the busiest evening commute takes place on Friday from 5-6 p.m.

In this article:liveability, traffic, traffic congestion