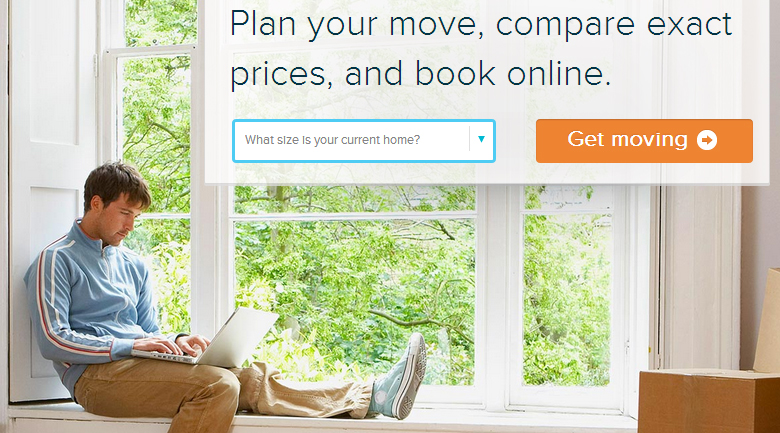 Moving is a pain, let’s face it. Packing, desperately trying to navigate movers’ estimates, moving, unpacking, it’s all hard work, and there are many obstacles in the way and most movers typically navigate with blinders on, accepting the first mover that answers the phone. To address one of the biggest pain points with moving, Unpakt was launched to bring transparency to the moving industry by offering pre-screened movers, consumer reviews, and exact prices rather than estimates.

If you’ve moved recently, you’ve probably tried to use one of those “box calculators” so you know how many boxes you’ll have to have movers put on a truck, and be honest – was the result accurate? Often, the guessing can end up costing you extra, and in addition to that bad math, movers are often offering estimates over the phone using subjective measures like “how many rooms do you have? Three? Okay, that’ll take an hour each to unload, we got this.” Wrong. It’ll take five.

Unpakt helps you to calculate how many boxes you’ll need based on math rather than fuzzy subjective metrics, and then it calculates how much it will cost to move. You simply insert all of your household items from their database into your list and it generates a number of boxes and general moving cost estimate.

Beyond being able to better project your costs, it pulls together movers alongside reviews, and is like the Expedia of moving companies, letting you compare offerings side by side. This is a dream come true for anyone who is trying to move because in many cases, it can take days to get a response from some movers, and when a mover knows you’re coming from a website that is tied to reviews about them, they’re likely to be on better behavior (think less broken or missing items, less slow unloading, less carrying one box at a time).

Unpakt can save a lot of time and money and above all, pain during your move. Check out their moving calculators and compare movers, and then compare it to the old pen and paper method you used last time you moved.