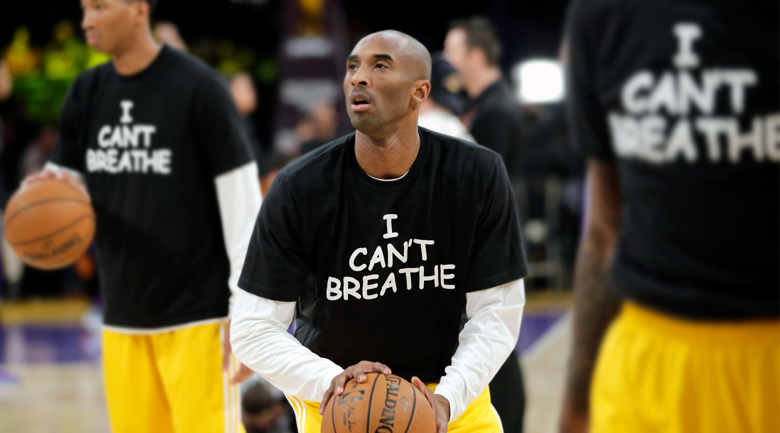 No matter what you think personally about the extremely controversial matter of the death of Eric Garner (or Michael Brown for that matter), we have found something we can all agree on. You see, The Smoking Gun has uncovered an application for a trademark with the U.S. Patent and Trademark Office wherein an Illinois woman is attempting to trademark the phrase, “I Can’t Breathe.”

These were the last words of Garner just before he passed away while in police custody after a confrontation, and it appears that one woman has had a brilliant idea to trademark the phrase and use it on hoodies for sale.

Read also: What does the new Congress mean for small business?

The trademark applicant is in no way connected to the Garner family, and although she didn’t file the application until December, she swears she’s been using phrase for commercial purposes since “at least as early” as August 18, just weeks after Garner’s death.

Earlier this month, a grand jury declined to indict the officer seen on video of the encounter with his arm wrapped around Garner’s neck, repeatedly saying, “I can’t breathe.” The phrase has been adopted by protesters nationwide who are marching against police brutality.

She’s not in it for the money though, right? Right?

In the midst of controversy with various factions butting heads, this woman who hasn’t spoken with the Garner family of her efforts, seeks to make hoodies for a quick buck.

But not so fast. Maybe she’s doing it for charity or for the Garner family? Maybe she’s looking to outfit protesters with a consistent image for solidarity, or help create peace between officers and citizens? No. She claims that she is not looking to make money, but there is no other reason or account yet offered or discovered that would explain a reason to seek a trademark of this nature. Maybe she just wants to be hoodie famous?

It is a sad truth that when eyeballs are on any controversy, there will always be people looking to profit. We’ll see what this woman’s plans are, but for now it looks like a money grab that takes advantage of a family’s tragedy.

In this article:Business, i can't breathe