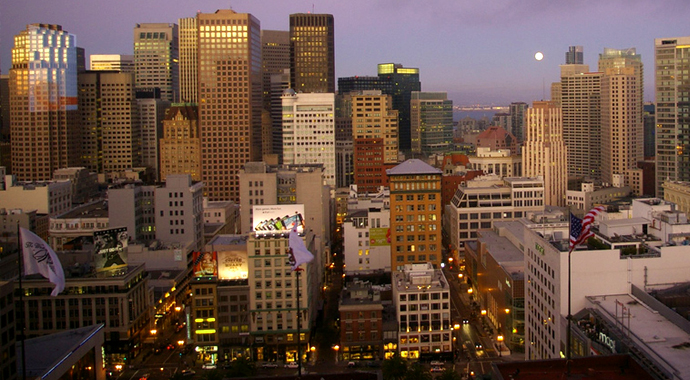 First, Dr. Dotzour observed that troubled commercial real estate is starting to be sold by banks to private investors, but says it is too early to say the era of “extend and pretend” is over despite some product beginning to flow. For the past two years, Dr. Dotzour notes that most investor focus has been on Boston, New York, Washington D.C., and San Francisco, the “gateway cities” where prices have plummeted as have returns. “This is the impetus for investor interest increasing in the rest of America.”

Because of the large volume of commercial mortgage-backed securities made in 2007 that are set to mature this year and need refinancing, worries loom over the refinancing of maturing debt.

“But so far, there have been few examples of big failures to refinance or extend these maturing loans,” Dr. Dotzour observed, adding that many are being extended two or three years, with borrowers being asked to pay down their loan and for those unable, the trend is to “marry up” with private equity firms that supply the funds, requiring a high rate of return.

Conference speakers agreed that the extend and pretend era has been a success for the banking system, where many have remained due to shortfalls in the budget, making it difficult to write off the real estate losses when foreclosures hit.

“As prices stabilized and increased in some cities, the expected losses on real estate loans has also stabilized or gone down,” Dr. Dotzour noted.

“The capital markets were completely dead a few years ago; now there is some liquidity in secondary markets,” Dr. Dotzour said. “Hopefully, it will bring more deal volume in 2012. As the general financial markets improve, the number of deals coming out of banks will increase. Private equity is stepping in to rescue these deals.”

A common theme Dr. Dotzour observed from panelists is that they feel they cannot purchase because of “all the irrational bidders out there,” which will likely continue as there appears to be a rush to snatch up troubled commercial real estate from banks and CMBS special providers. “Prices are high, and yields are lower than expected,” Dr. Dotzour added.

Panelists also focused on the topic of discounted payoff (DPO) as explained by Dr. Dotzour. “Suppose a borrower has a $1 million loan that is maturing, and the bank doesn’t want to refinance it. The borrower may make an offer to completely pay off the loan at a discount. Some banks have a real aversion to offering a DPO to a borrower because it sends a bad signal to all its loan customers that you can pay off at a discount.

“However, banks may not have an aversion to accepting a DPO from a third party. In this case, the bank will actually sell the note rather than foreclose on the property. Some banks will allow the borrower a DPO in conjunction with a note sale. If the borrower is the highest bidder for their note, then they can buy it from the bank at a discount.”

One panelist forecast that the $20 billion in private equity funds raised in 2011 is looking for U.S. real estate deals in all land uses and that while prices increased substantially in gateway cities, prices are still on average 40 percent less than the 2007 peak elsewhere. Transaction volume picked up in 2011 and distressed sales accounted for one in every four sales.

Troubled real estate loans look to stay on the books for a while longer little execution despite all of the “thinking and planning” on the topic. Banks struggling with capital ratios remain hesitant to sell while healthy banks are taking charge-offs. The FDIC is pressuring the banking system to recapitalize to get the bad loans off of the books.

The era of extend and pretend is still alive and well, but there are signs pointing to a shift away from this practice.