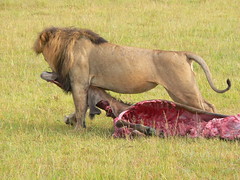 Dixie Mitchell, an outspoken advocate for her community in arguably one of Seattle’s least affluent neighborhoods won a (small) victory for all last week when a judge ordered her service provider to “Back Off” in their bid to kick the grandmother and community activist out of her home of 35 years! Although I do not know Dixie Mitchell, I was drawn to this David vs. Goliath story because like so many other faceless and nameless homeowners we read and hear about, this elderly lady, her husband and her beloved grandchildren were on the verge of losing their home and being put on the streets!

Now Mrs. Mitchell openly admits she may not have made the best financial decisions but that should not give this Mortgage Company the right to uproot this family. “I never thought I’d be standing here,” she said last Wednesday, with family members at her side, pleading for any kind of help from anyone. “This is my last chance to try to save my house.” With her husband health failing and their entire income coming from Social Security, their monthly house payment was $400.00 more than they brought in. How can a responsible lender not see this? Bad financial decisions aside, this is not the Serengeti…we are human beings, not animals…conscionable people do not prey on the weak like this (Oh, I forgot…I’m talking about a Bank here)

She brought her cries for help to the streets. After multiple attempts to get her lender to stop the foreclosure of the only home she’s know for nearly 4 decades, a District Court Judge heard her plea and ruled last Thursday that the lender could not have her house…not yet! “This is my last chance” she said after the mortgage company told her and her husband that they could be kicked out in the coming days.

No matter which side you’re on, this is a great story and a glaring example of the fortitude of some in our Seattle communities. Predatory lending is real and it affects real people and I’m proud to be bringing this story to you.

Now, Dixie wants to see if there is a way to legally fight these predators and keep her house for good. The jury is still out on that but suffice it to say, we have not heard the last of Dixie Mitchell. Photo Courtesy of Mara 1 on flickr 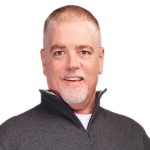 Predatory lending and fraud at Quicken alleged in lawsuit

Former Quicken Loans employees who worked at the lender between 2004 and 2007 have filed a lawsuit in Minnesota claiming not only that executives...

Countrywide’s Mozilo is off the hook for criminal charges

Once upon a time, Countrywide was one of the nation’s top lenders, but fell after taking too many risky loans. Since then, Bank of...