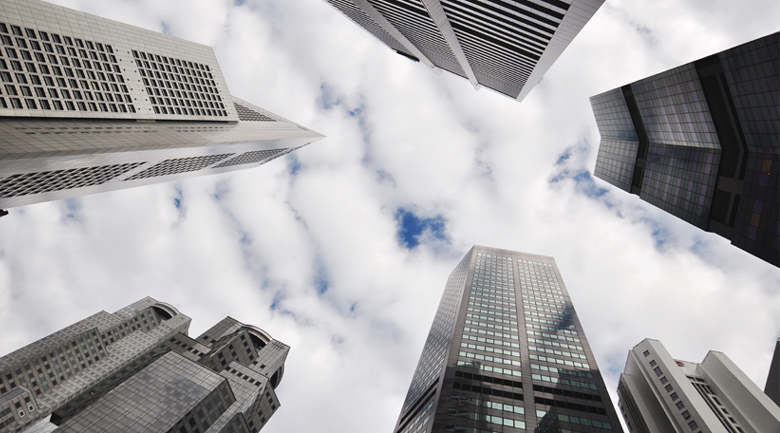 NAR’s Chief Economist, Dr. Lawrence Yun said the market has been slowly building momentum. “Job creation is the key to increasing demand in the commercial real estate sectors. The economy is expected to grow 2.5 percent next year, and with modest job creation, assuming there is no fiscal cliff, the demand for commercial space will gradually rise. The greatest friction that remains is a tight credit environment, notably for smaller properties.”

As with residential real estate, NAR forecasts rely on current conditions with the caveat that a fiscal cliff or tightening credit conditions could hamper any potential recovery.

NAR forecasts that vacancy rates over the next 12 months will decline another 1.0 percentage point in the office market, 0.6 point in industrial, 0.2 point for retail and 0.1 point in multifamily. The trade group notes that multifamily has the tightest availability and is experiencing the strongest rent increases, well above the rate of inflation. For many months, multifamily has been the bright spot of the commercial real estate sector.

NAR projects that multifamily will drop from 4.0 percent nationally in the fourth quarter to 3.9 percent in the last quarter of 2013, making it a landlord’s market, justifying higher rents which are forecast to increase 4.1 percent in 2012 and another 2.6 percent in 2013. Multifamily net absorption is likely to be 219,700 units this year and 234,600 in 2013. Areas with the lowest multifamily vacancy rates currently are Portland, OR (2.1 percent), New York City, (2.2 percent), and Minneapolis (2.3 percent).

Retail vacancy rates are expected to ease from 10.8 percent in the fourth quarter to 10.6 percent in the fourth quarter of 2013, according to NAR with average rent expected to increase 0.8 percent this year and 1.4 percent next year. Net absorption of retail space is estimated to be 9.1 million square feet this year and 19.8 million in 2013. Presently, markets with the lowest retail vacancy rates include San Francisco (3.9 percent), Fairfield County, Conn. (3.9 percent), Long Island, NY (5.1 percent), and Orange County, CA (5.4 percent).

Lastly, NAR projects that industrial vacancy rates should decline from 10.1 percent in the fourth quarter of this year to 9.5 percent in the fourth quarter of 2013 as rent is forecast to rise 1.7 percent in 2012 and 2.2 percent next year. Net absorption of industrial space nationally will probably total 93.4 million square feet this year and 89.6 million in 2013. The areas with the lowest industrial vacancy rates currently are Orange County, CA (4.3 percent), Los Angeles (4.4 percent), and Miami (6.5 percent).

Getting past the fiscal cliff

“The primary factor holding back greater job creation has been uncertainty over regulations and associated costs,” Dr. Yun said. “With the elections behind us and Washington apparently resolved to prevent a fiscal cliff, it’s hoped that ambiguity over regulatory issues will clear relatively soon so employers can understand the rules of the game and the layout of the field.”