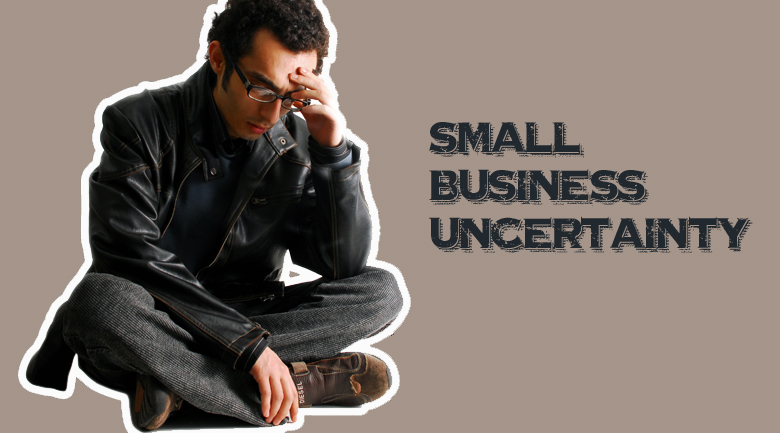 According to the National Federation of Independent Business (NFIB), although their monthly Optimism Index for October ticked up a small 0.3 points in October, they also revealed that the percentage of business owners uncertain about whether business conditions will be better or worse in six months was at a record high of 23.0 percent. In the survey taken just prior to the national election, uncertainty index “eclipsed the pre-recession record of 15 percent,” set during the Carter administration.

Additionally, the NFIB reported that 22.0 percent of business owners cited weak sales as a problem, making it the number one problem among small business owners. The net percent of owners reporting higher sales in the past three months is negative 15 percent.

The net percent of business owners raising selling prices was 5.0 percent, and the NFIB notes that “with sluggish consumer spending, there is little opportunity to raise prices and make it stick,” adding that 19.0 percent plan to raise average prices in the next few months, while 4.0 percent plan reductions. “It appears that the Fed’s forecast (hope) for continued low inflation is a reality on Main Street,” the report noted.

“While four of ten survey components rose, the Index still remains in solidly pessimistic—and recessionary territory,” said NFIB chief economist, William Dunkelberg. “In the 40 months since the alleged ‘recovery’ started in July 2009, the Index has never exceeded a reading of 95; the pre-recession average for the Index is 100. The election is over and Washington looks much like it did on November 5th. The fear of stalemate among the small-business community is palpable, as the looming fiscal cliff and the threat of higher costs and more taxes are very real possibilities come January. Until then, not knowing the direction of the economy will always have a dampening impact on spending and hiring.” 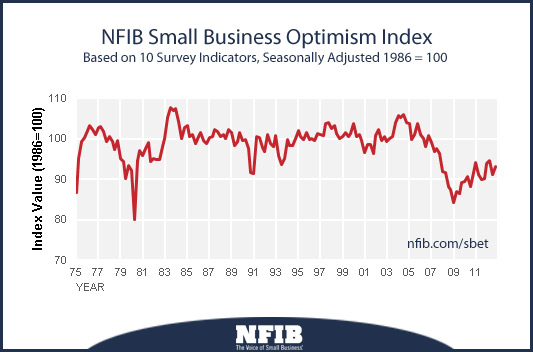 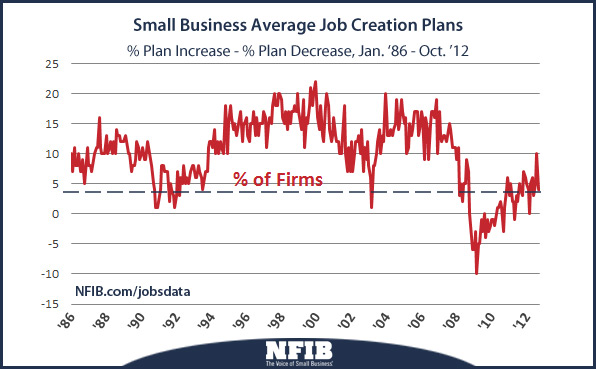 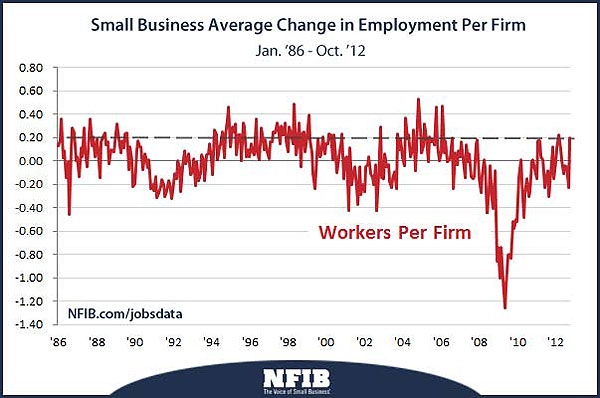 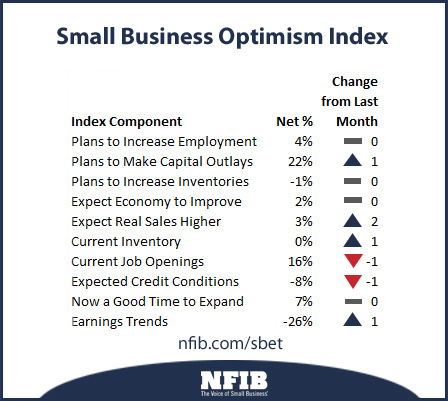 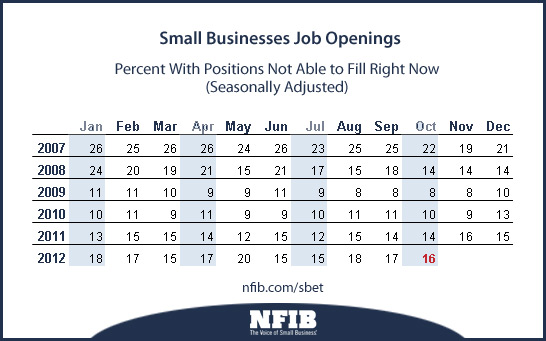 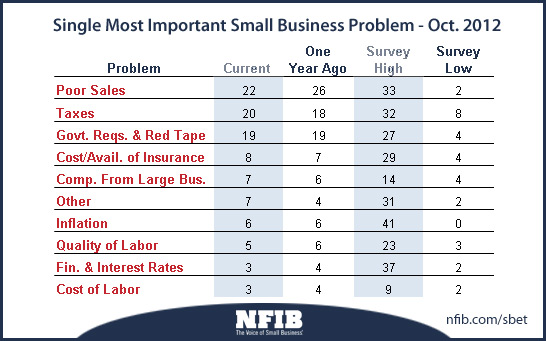